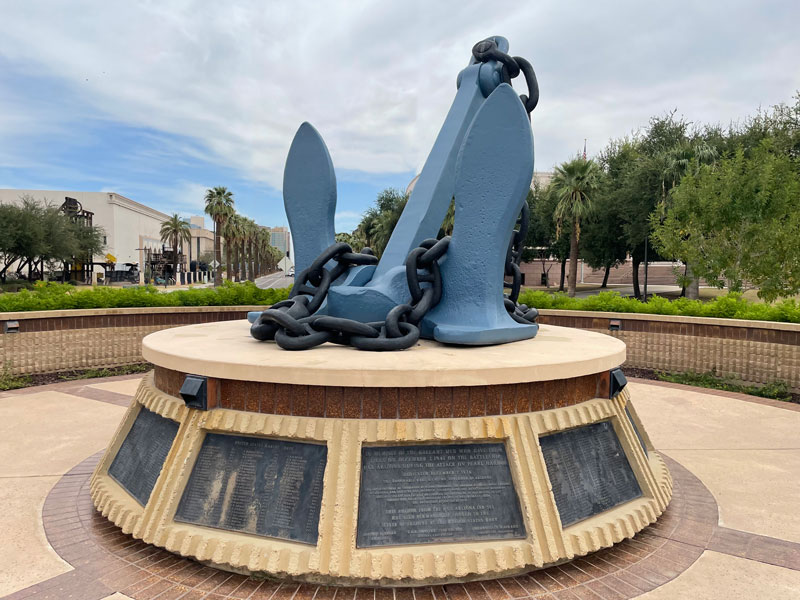 Today is the 80th Anniversary of the attack on Pearl Harbor

PHOENIX — Governor Doug Ducey today released the following message in honor of the 80th solemn anniversary of the attack on Pearl Harbor:

“Located at the Arizona State Capitol is one of the two anchors that was aboard the USS Arizona, which was destroyed on that infamous day in Pearl Harbor. The battleship is now the eternal resting place of the service members who died in that unprovoked attack.

“Even after the passage of so much time, we still grieve for the families that lost a loved one on December 7, 1941, and we pray that such a terrible event never happens again.

“The anchor that stands tall at our Capitol is a vivid reminder of all the service members who served to protect our nation and were killed on that terrible day. More than that, the anchor serves as a symbol for those stationed at Pearl Harbor. 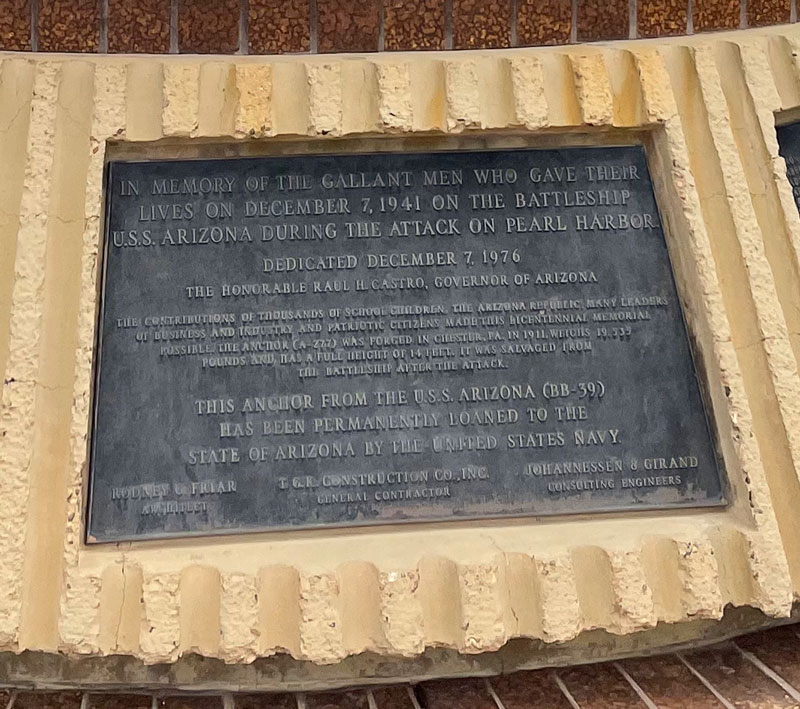 “Our men and women in uniform keep our country out of danger and hold our enemies accountable. Like an anchor, our service members keep our country stable and secure, even in times of crisis.

“Arizona is grateful for their selfless service and dedication to protecting our nation, and we remember those who lost their lives on this day 80 years ago.”

Governor Ducey today will join veterans, service members and their families for the Pearl Harbor Remembrance Day Ceremony at the State Capitol’s Wesley Bolin Plaza near the USS Arizona Anchor.

Editor’s note: For the purpose of clarity, several poles were removed from the photo of the anchors. This is what the original photo looked like.