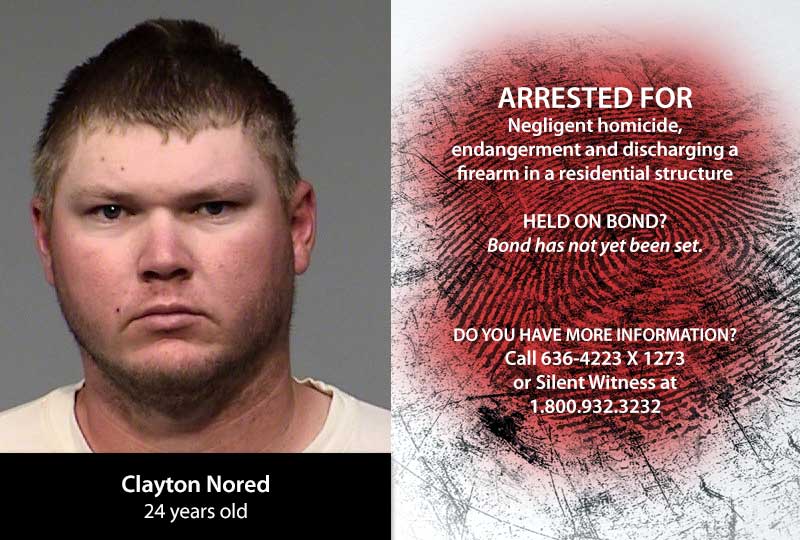 While performing a function test of his weapon, the gun accidentally discharges

On 04/03/2022 at approximately 6:28 pm Chino Valley Police Officers responded to a residential home in the 1400 block of Granite Creek Lane. Upon arrival Officers were informed by Central Arizona Fire and Medical Authority personnel that they were dispatched to an unconscious male subject. Upon arrival they located the male subject, Keith McMillen age 36 of Chino Valley, on the back porch suffering from a gunshot wound. Medical personnel also observed a bullet hole in a kitchen cabinet. Keith McMillen was transported to a local hospital and was later pronounced deceased.

Chino Valley Police Department Detectives arrived on-scene and began a criminal investigation. Detectives interviewed the occupants of the home. Clayton Nored, age 24 of Chino Valley, admitted to Detectives he was performing a function test of his weapon while standing inside his master closet and the gun discharged. When the gun discharged Clayton ran into the kitchen to check on his wife and Keith. Clayton saw Keith bleeding. Clayton and his wife, who was also in the kitchen at the time of the incident, provided first aid to Keith prior to the arrival of medical personnel. Clayton’s wife was not injured during this incident.

Through investigation Detectives were able to corroborate the statement Clayton Nored provided to them. Detectives were able to determine Clayton had a negligent discharge which traveled through the closet wall and into the adjoining kitchen. The bullet struck Keith in the face while he was preparing dinner at a kitchen counter.

Clayton was booked into the Yavapai County Jail on charges of negligent homicide, endangerment and discharging a firearm in a residential structure.

As with all arrests and/or persons charged with a criminal offense, the suspect is presumed to be innocent until proven guilty through due process of law.