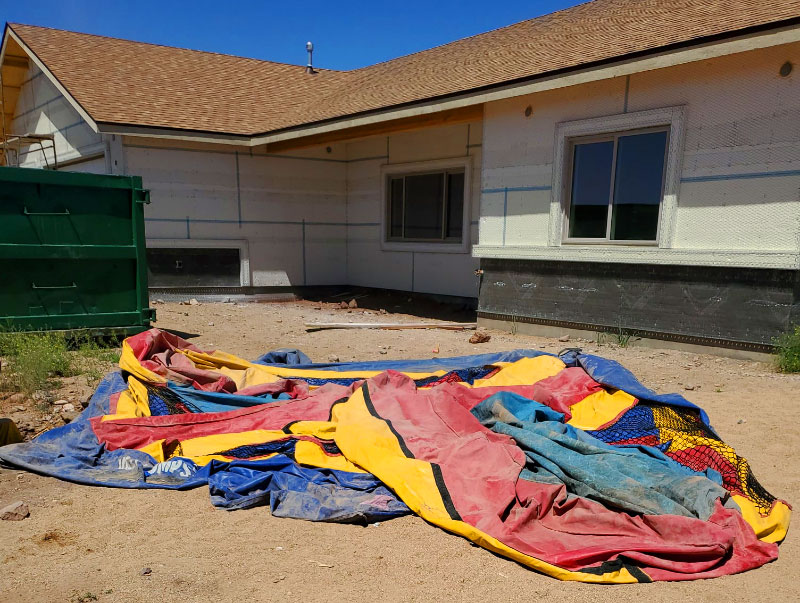 Two girls were injured when a dust devil picked up their bouncy house and carried it 75 yards.

Two girls in a flying bounce house ended up being airlifted to Phoenix Children’s Hospital.

Reminiscent of a real-life Wizard of Oz event, two young girls, aged six and seven, from Paulden were playing in a bounce house on Sunday afternoon, when a dust devil managed to lift it up and carry it about 25 feet in the air, according to the Yavapai County Sheriff’s Office (YCSO) Facebook page.

Despite the bounce house being secured with stakes and sandbags, the dust devil managed to launch it over a fence and on to a neighboring property. It continued to tumble until it came to rest about 75 yards from where it was originally set up.

Unfortunately, the 6-year-old suffered a broken leg and the 7-year-old had neck and back injuries as well as cuts to her face. Although serious, the injuries are non-life-threatening.

Both girls were airlifted to a hospital in Phoenix, where they are recovering in the ICU of the Phoenix Children’s Hospital.

“We are asking the community to keep two girls and their families in their thoughts and prayers,” the YCSO wrote on their Facebook page, as they promise to keep the community updated.