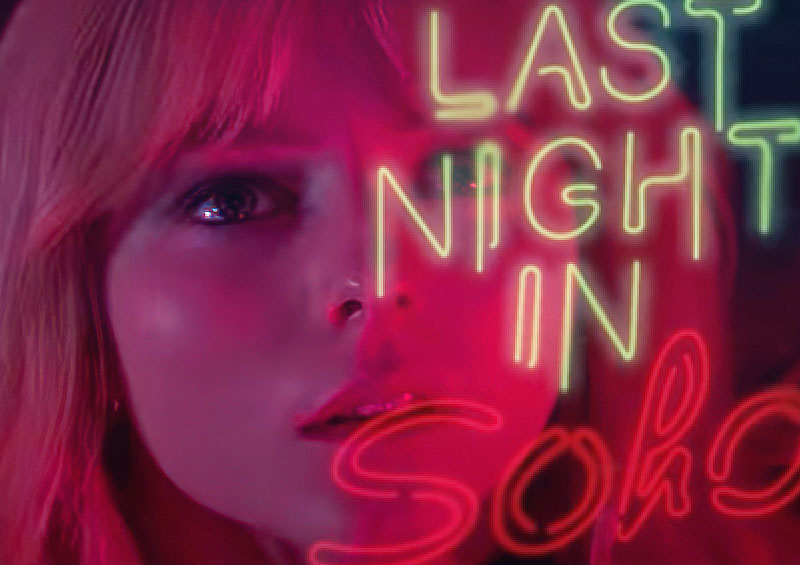 From the Unrestrained Imagination of Edgar Wright

This October, we have a movie from a superb, quirky director

Every October the film industry pumps out a new batch of horror films to scare or disgust us. Very seldom do we have a superb, quirky director make such an enjoyable, odd, colorful, lavish, and ultimately not quite successful October film. But it is a lot more fun to watch than the usual slash, gore and jump scare rubbish offered by other directors.

Edgar Wright directed the incredible Cornetto Trilogy, a collection of three films starring Simon Pegg and Nick Frost. The films, “Shaun of the Dead,” “Hot Fuzz” and “The World's End” each have a flash on the screen of a different flavor of an English candy named Cornetto. Zombie fans adore “Shaun of the Dead” and regard it as one of the most influential zombie flicks of all time. Wright also directed such colorful films as “Scott Pilgrim vs The World” and the thoughtful “Baby Driver.” To see him work in a time travel-horror-mystery is a hoot. The man has an unrestrained imagination.

Wright joined with Oscar-nominated Englishwoman Krysty Wilson-Cairns with the writing chores in this unique, stand-alone, not a sequel film. Wilson-Cairns wrote the script for “1917” and some of the “Penny Dreadful” TV episodes. She has been tagged to script an upcoming Star Wars film to be directed by Kiwi director Taika Waititi.

The film stars two fascinating young women, Anya Taylor Joy and Thomasin McKenzie. McKenzie is just 21 but served in the Waititi film “Jojo Rabbit” to acclaim. Joy came to focus for me in the paired films “Split” and “Glass” by the always innovative M. Night Shyamalan. McKenzie played in this year's Shyamalan film “Old.” These youngsters pick their projects with great care and have worked with some of the most interesting directors working today.

Also helping out is Diana Rigg, lately of “Game of Thrones” and Rita Tushingham, still working at age 79. Her first film was the highly regarded “A Taste of Honey” in1961. Terence Stamp also lends a hand.

In the time travel aspect of the story, McKenzie is translated back to the swinging '60s in London's Soho district and into the life of a young wannabe singer named Sandy. What results is a garish, neon-lit journey through the nightlife of the era with horrifying results. The horror aspect is not at all what I expected.

“Last Night in Soho” runs for almost two hours. It carries a strong R rating for the reasons you might expect in the London nightclub district plus nudity and the underpinning theme of the sexual exploitation of young women. Icky. This well-acted film deserves three and a half sawblades, a high rating from me for a horror flick. This is more than that, it is a film with great style and brilliant actresses.