Opinion: Political Ads Ain't What They Used to Be Featured 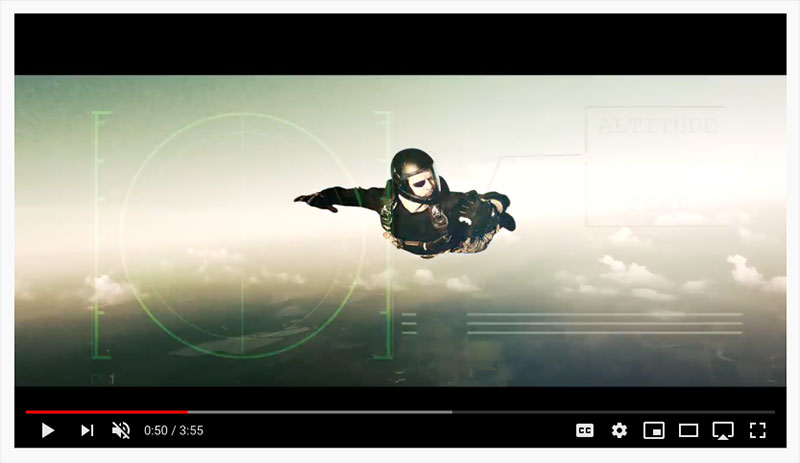 Have you noticed the political ads lately?

If you’re a cord cutter and aren't watching regular TV, good for you! Our family cut the cord, too. So, I don’t know what is showing on TV.

No worries, you can still see ads everywhere else  – magazines, newspapers, and online. Online advertising can be especially irritating, those ads pop up everywhere! On your Facebook page, in your Twitter, and at the most annoying times when watching YouTube. Nowadays, there’s no promise that you can even vote for the candidate in the ads you see - they might be in another state. But, they’ll still accept your money to help their campaign, thank you very much.

Remember the old political ads? The production was typically poor, the candidate is standing in front of their sign, or sitting in a library of sorts and saying, “Hi, I’m so and so. I am running because [insert issues here]. Vote for me.” Sometimes they stick something in about their rascally opponent. They typically look awkward and stiff. Of course, in 30 seconds, it’s difficult to do a lot more, although not impossible. More on that later.

In recent years, we’ve seen a few that broke the mold and made us laugh out loud. This one was from 2016, do you remember it? It still makes me laugh.

This was pure gold. Gerald Daughtery did win re-election, by the way, with about a 3.5% margin. What is interesting, is that this candidate was in a Democrat district – Donald Trump lost to Hillary by nearly 18%. In the comments they wrote, "Gerald won by 3.56% meaning he out-polled the top of the Republican ticket by 21.54%.” Did this ad help? Most likely. It got national recognition, garnering 3.9 million views, far surpassing the 149,921 votes that were cast.

Fast forward to 2020. Candidates are willing to take more time to tell their story. After all, these ads aren’t running in the middle of a tightly scripted television schedule. Online, the rule is this: Take as long as you need to keep it interesting and or entertaining for your viewers and readers.

These two ads by Kimberly Klacik together weigh in at over 6 minutes.  But people are watching them, sharing them, talking about them. If you’re running for office, you can’t ask for better than that. Even if she doesn’t win this election (she has a very formidable opponent) she has certainly made her name well known.

Alek Skarlatos is in Oregon. His opponent, Peter DeFazio, has been in Congress for 33 years - longer than Skarlatos has been alive. Skarlatos thinks it is time to “…send a Fighter to Congress to fight for what’s right here at home.” He ran this ad on Twitter. It’ since gone viral - having been seen by at least two million people, if you add up all the views across a variety of platforms.

Oregon is burning, I will put out the Flames.

My opponent, who lives on a Yacht in DC, has done nothing in his 33 year career.

So, how do you reach people in Las Vegas, Nevada? You create an ad that they can relate to. Complete with tigers, no less.

This ad was published on September 22, and it's been viewed over 10K times as of this writing. His YouTube channel has just 618 subscribers, so he's obviously attracting views from other sources. There's a common theme - "Ready to fight," which is seen or implied in other ads across the country.

It’s not often that you see joint campaign ads, but that’s what these Texas candidates have done. This 4 minute ad is riveting and stunning, with obviously high production value. It’s also fun, and uses humor effectively, while still hammering home the message, “We’re on a mission and Texas needs us. We’re ready to serve."

The ad led to one person commenting, "Man, first Klacik with her ads, now this!? Republicans are way cooler than the Democrats…”

Here in Arizona, our Senate candidates each took a different approach.

Mark Kelly is running a more traditional campaign ad. It’s calm and takes 1:07, which is kind of an awkward amount of time for cross media strategies. It’s probably a good contrast to what is in the news these days. It is not showing a lot of views on YouTube, just 1439 at the time of this writing, but he only has 767 subscribers to his YouTube channel, so he’s bringing in more eyes than just his subscriber list. This ad is about a month old. His key message: “Full speed ahead."

Martha McSally is obviously looking for impact, stating, “If you want a fighter, I’m your girl.” Her ad is condensed to 30 seconds, which is great for spreading across all media channels from TV, to online and the audio can even be used for radio ads. It’s a smart approach - one that many businesses can learn from. It feels a lot like the Klacik and Skarlatos ads, although it’s not as hard hitting, since she doesn’t take as long to build up before the final line.

McSally has 1.37K subscribers and her video has been viewed by 5608 people. It was posted on September 21.

So, what’s your all-time favorite political ad? Why is it memorable to you? Which do you think is more effective? Share this article with your friends and leave a comment on our Facebook page. (While you're there, please like and follow our page!)