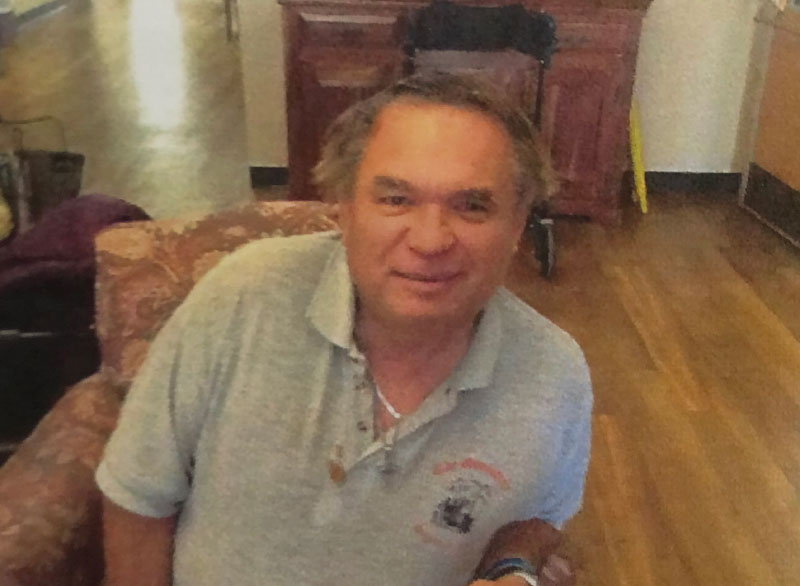 Richard had not been seen since 5:30 this morning

UPDATE: Last night around midnight Mr. White returned home unharmed and is safe. Thank you for your assistance.

Richard has been missing for over 13 hours.

On August 23, 2021 at approximately 6:30 P.M., Officers responded to an assisted living center in the 800 block of east Dougherty Street in Prescott regarding a missing adult from that location.   Staff on scene reported that one of their residents had not been seen since about 5:30 am today.  They advised that the tenant is 60 year old Richard White.

Richard is a white male, approximately 5’2” tall and 180 lbs with gray hair.  Richard is legally blind and suffers from other serious medical conditions that require medication.  Staff at the assisted living center reported that he is very mobile but hhas difficulty seeing things. He is believed to have left the area on foot as staff reported that he normally goes on walks from the facility, but has never been gone for this long.  Richard was last seen wearing a red t-shirt and shorts. His direction of travel or intended destination is unknown

If anyone has seen Richard or has any information on his current location we ask that you call the Prescott Police Department at (928) 445-3131 or if it is an emergency please call 911.