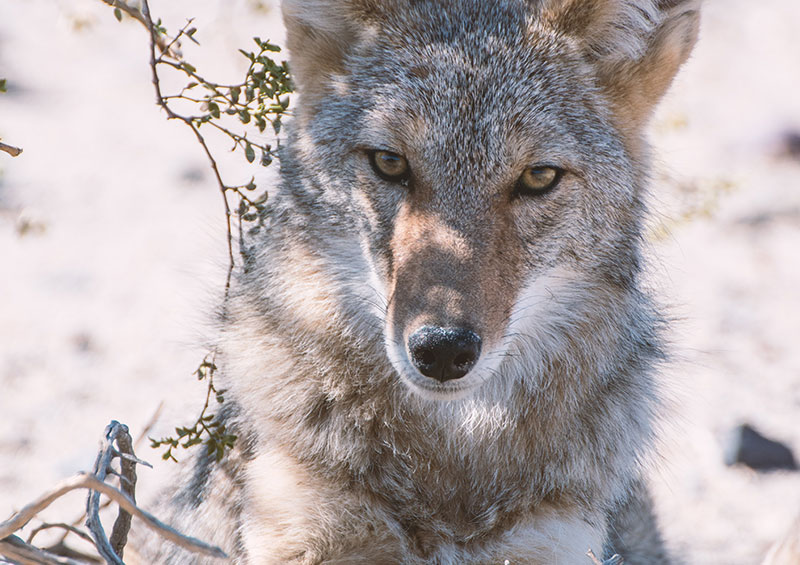 Photo by Joshua Wilking on Unsplash

We would like to warn all residents in the area to be on the lookout for any wild animals acting unusual or aggressively.

On Sunday, October 17, 2021 at approximately 7:20 AM Prescott Police Officers, along with Animal Control Officers, responded to the area of Prescott Lakes Subdivision off of Smoketree Lane upon the report of a coyote which had attacked a resident while she was walking her dog.

Through the course of the investigation it was determined that residents of the area had experienced four separate encounters with what is believed to be the same aggressive coyote. Three of the encounters resulted in the coyote nipping at the lower extremities of the victims where no actual bite occurred. One victim, a 62 year old female, was bitten on the lower calf while walking her dog. The victim was treated locally at YRMC for minor injuries as well as possible rabies exposure.

Officers from the Arizona Game and Fish Department responded to the area, as well as a USDA Wildlife Agent, in attempts to locate the coyote. At this time the coyote has not been located and the cause of this unusual behavior is unknown.

We would like to warn all the residents in the area to be on the lookout for any wild animals acting unusual or aggressive. Use extreme caution while walking in the area of Prescott Lakes Subdivision, especially while walking pets. If you witness any aggressive or unusual behavior, please call our dispatch direct line at 928.445.3131 or of course 911 with an emergency situation.

Here are some guidelines from Arizona Game and Fish:

What Should I Do If A Coyote Approaches Me?

REMEMBER, THE HUMAN IS DOMINANT AND MUST ACT THAT WAY.

• NEVER approach a coyote or attempt to capture it.

• Show you are dominant by keeping eye contact with the animal.

• Yell or make loud noises with whistles, blare music, or bang on pots and pans.

• Encourage coyotes to leave by spraying with a hose, throwing sticks or rocks near them, or shaking a can filled with pennies or pebbles.

Small children can be at risk from coyotes. However, in Arizona, it is rare for a coyote to bite any human. If you see this coyote, please leave it alone, and call 911 to report the sighting.

It is your responsibility to know the laws. COYOTES CAN ONLY BE CAPTURED OR KILLED BY SOMEONE WITH A PROPER LICENSE from the Arizona Game and Fish Department, or in defense of yourself or another person.