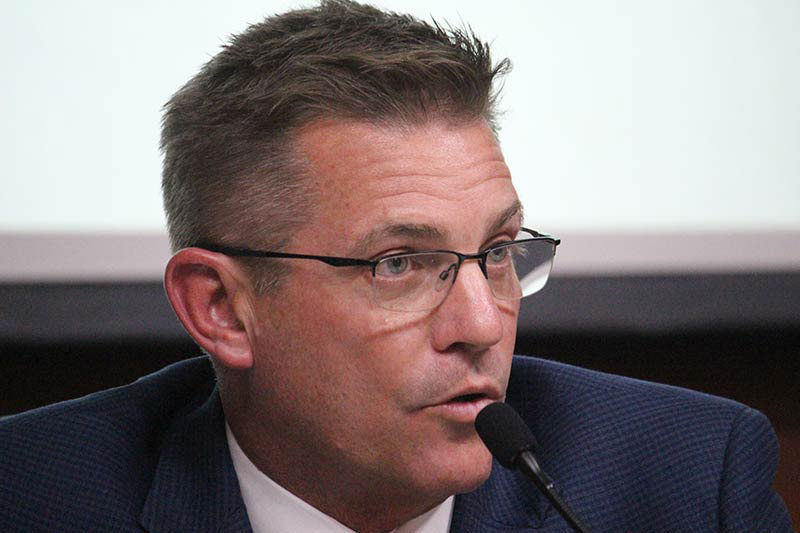 Mayor Mengarelli notes what he and the Council have accomplished together in the last few years.

Winston Churchill once said: “Continuous effort, not strength or intelligence, is the key to unlocking our potential.” Certainly, that describes Prescott’s evolution from a small mining town on the frontier of our country in the 1860’s to the award-winning 21st century community we are today. As my term as your mayor comes to an end, I would like to reflect on what we, as a community, have accomplished during the past four years that I’ve had the privilege to serve as your Mayor.

Together, we debated, campaigned, and voted on an increase in sales tax to properly fund the retirement benefits of our first responders. There may have been disagreements on the best mechanism to fund this obligation, but in the end, we did it. We are a safer and more secure community because of Prop 443.

Together, we recognized the need to upgrade our airport and its air service to meet the growing demands of our community. Drawing upon expertise from the private sector, our team demonstrated to United Airlines and the FAA that Prescott could support regional jet service and was worthy of a modern air terminal. As a result, today we have a beautiful new terminal and jet service that conveniently links us to the world.

Together, we realized the need to beautify and effectively utilize our historic downtown district. Working with the private sector, the ‘eyesore’ at Sheldon Street and Montezuma was transformed into a new Hilton Garden Inn, a remodeled Sam Hill Warehouse Event Center, and a lovely urban park for young families.This area will continue to see enhancements with the Granite Creek Corridor Master Plan, and City Hall will soon occupy the National Bank Building, located diagonally across the street.

Together, we worked to preserve the natural beauty of our open spaces that have always been important to our community. In July of this year, after a multi-year, public-private sector negotiation, nearly 500 acres of the Dells, including the iconic Point of Rocks, became the property of the City of Prescott. It is a jewel that will be cherished and enjoyed by generations to come.

Lastly, together we worked to adapt throughout the COVID pandemic, balancing reasonable restrictions and cancellations against the impact on our lives and the economy. We have mourned those we lost during the pandemic and have honored those who remained at their post in the darkest of times. We will be forever indebted to those who kept our stores stocked with food, to those who provided necessary services, to our police and fire who answered calls during times of uncertainty, and to our medical community that worked unending hours to care for those of us stricken by the virus. The unified spirit of Prescott was ever apparent during the difficult times we’ve experienced since early 2020.

In November, the City of Prescott will swear in a new mayor and three new city council members. The torch of leadership will be passed to these individuals as it has been passed on before in our city since its founding in 1864. I wish them Godspeed as they follow Mr. Churchill’s advice of “continuous effort.”

Rate this item
(1 Vote)
Last modified on Tuesday, 02 November 2021 13:30
Published in Prescott.news, Conversations
Tweet
« Events This Weekend: September 25 34 Perennials to Cut Back in Fall & How to Grow Them »
back to top