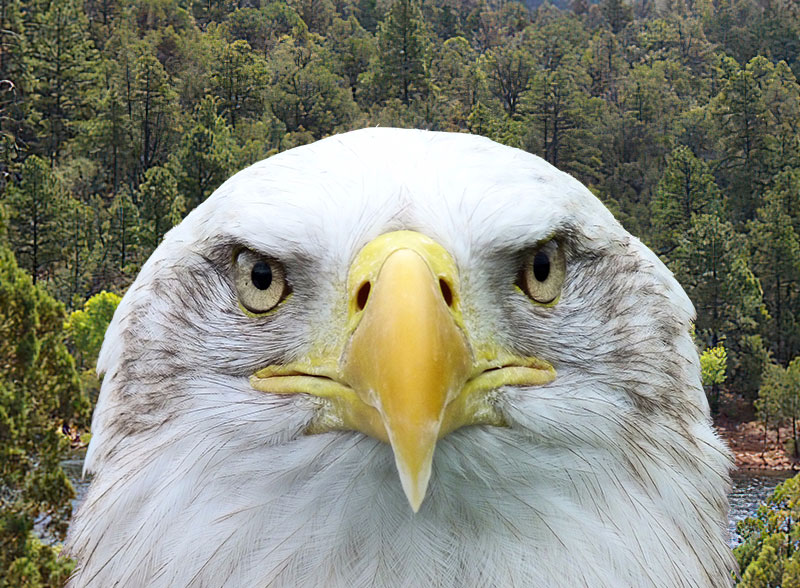 PRESCOTT, AZ – December 1, 2021 - Beginning December 4, 2021, prohibitions along the John’s Tank Trail will be enforced on the Prescott National Forest east of Lynx Lake. These prohibitions will protect the nesting bald eagles from the potential disturbance from human presence during the nesting season. While the John’s Tank Trail #94 will be closed to all uses, the Lynx Lake Shore Trail #311 and the Salida Gulch Trail #95 will remain open for their respective uses.

These prohibitions apply to the approximately 1 mile stretch of the John’s Tank Trail that is east of Lynx Lake and connects the Lynx Lake Shore Trail to the Salida Gulch Trail. The prohibitions will also be enforced north and south of the trail between Lynx Lake and the Salida Gulch Trail. A map of the closure area will be posted at all trailheads accessing the area and well as on the Prescott National Forest website and the Bradshaw Ranger District office. Trail loop opportunities in other areas can be found on the adjacent Highlands Center for Natural History just north of Lynx Lake.

Special restrictions are written as follows:

As local photographers tracked from a distance the eagles’ progress in reconstructing their nest from last season, other visitors are reporting seeing the pair at several locations around Lynx Lake. The nest is visible on the skyline to the east from the boat launch at South Shore. Observing the closure order is critical during egg incubation and the first six weeks after hatching. Any disturbance that causes the eagles to be off the nest for an extended period of time during these important stages of nesting could cause egg failure or death to young eagles that may be in the nest. Trail cameras will be used to monitor the success of the closure.

To learn more about the management of the southwestern bald eagles in Arizona, visit Southwestern Bald Eagle Management Committee or Arizona Game & Fish.

Please call the Bradshaw Ranger District at 928-443-8000 for more information or go to http://www.fs.usda.gov/prescott for a copy of the Closure Order Number 09-243 and associated map.