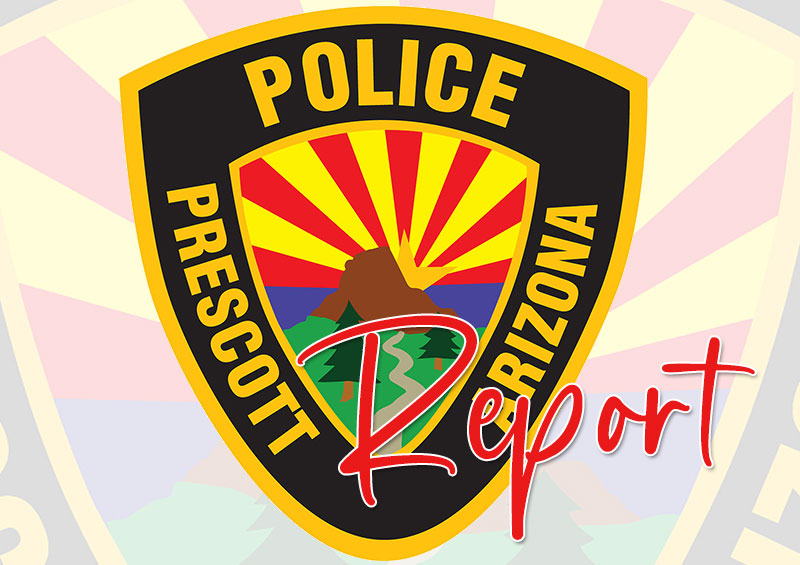 On March 31, 2022, at approximately 11:17 P.M. Prescott Police Officers responded to the complaint of a disorderly subject at a business in the 100 block of South Montezuma Street. Prior to police arrival it was reported that the subject left the scene driving a grey Chevy truck westbound on Goodwin Street. Responding officers located the vehicle and attempted to perform a traffic stop. The suspect failed to yield to officers and was last seen driving at a high rate of speed westbound on Gurley Street.

A short time later, Officers received information that the same vehicle had struck another vehicle in the area of Gurley Street and Gail Gardner Way. The suspect vehicle was still travelling at a high rate of speed and lost control of the vehicle striking several large boulders in the 1400 block of West Gurley St. This sent the vehicle airborne colliding with the roof of a business located at 1456 W. Gurley St. The vehicle came to rest in the back yard area of a residence on Josephine Street.

Upon officer arrival on scene, it was determined that the suspect had left the scene on foot. Through the course of the investigation, officers were able to identify the suspect as Scott Madison, a 38-year-old Prescott resident. Madison was later located at his parent’s home, where he was found to have been injured as a result of the collision. Madison was transported to YRMC for medical treatment of his injuries. Further investigation revealed that Madison had taken his parents vehicle without their knowledge and that he had an active felony warrant out of California for his arrest.

At this time Madison is still being medically treated for his injuries. Pending charges include Unlawful Flight from Law Enforcement, Criminal Damage, Unlawful Use of Means of Transportation, Failure to Remain at the Scene of a Collision, Aggressive Driving and Disorderly Conduct.