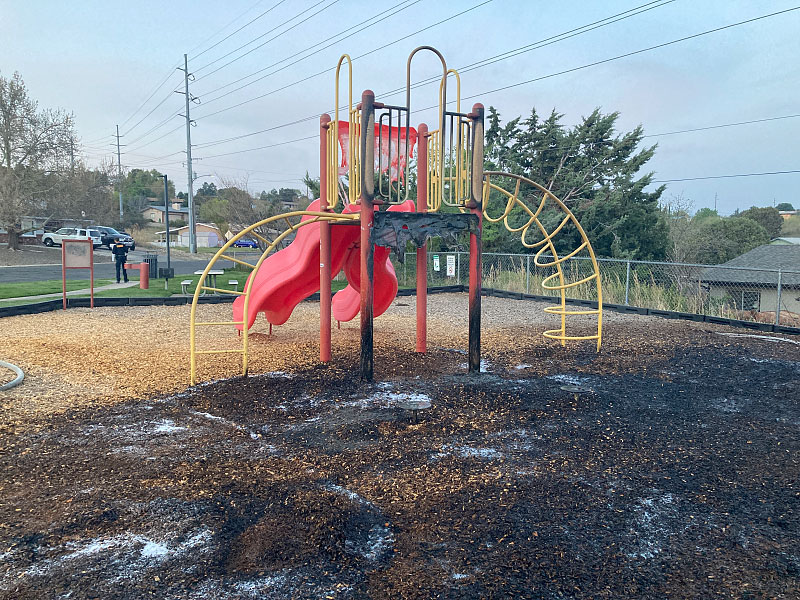 After extinguishing the fire enveloping the playground equipment, arson was determined

On Tuesday, April 26th, 2022, at approximately 5:21 A.M. Prescott Police Officers, along with the Prescott Fire Department, responded to Peppertree Park, located at 215 West Delano Ave, after having received a report that playground equipment was on fire.

Currently, we are still actively investigating this crime and are seeking help from our community. Anyone who may have seen anything or has any knowledge of this crime are urged to call Detective Frascone at (928)777-1923.