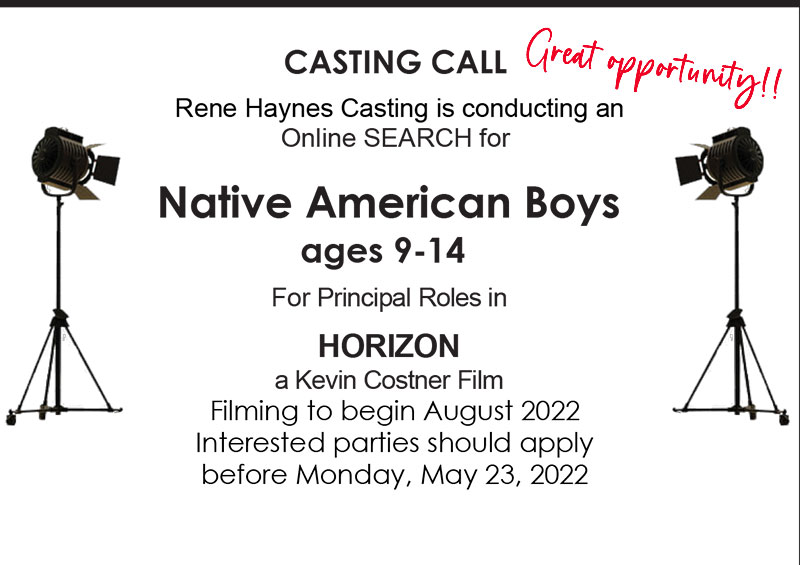 This is for Horizon, a Kevin Costner film

The Film, ‘Horizon.’ is still seeking characters for the filming

According to Deadline, Horizon will be an epic period Western with Kevin Costner as the director, main character and producer.

Costner co-wrote the script with Jon Baird - he has worked with Baird in the past.

"Horizon chronicles a multi-faceted, 15-year span of pre- and post-Civil War expansion and settlement of the American West,” the Deadline article explains. "Experienced through the eyes of many, the epic journey is fraught with peril and intrigue from the constant onslaught of natural elements to the interactions with the Indigenous peoples who lived on the land and the determination and at many times ruthlessness of those who sought to settle it."

Currently, they are seeking Native American boys from 9-14 for a casting call. See instructions below. 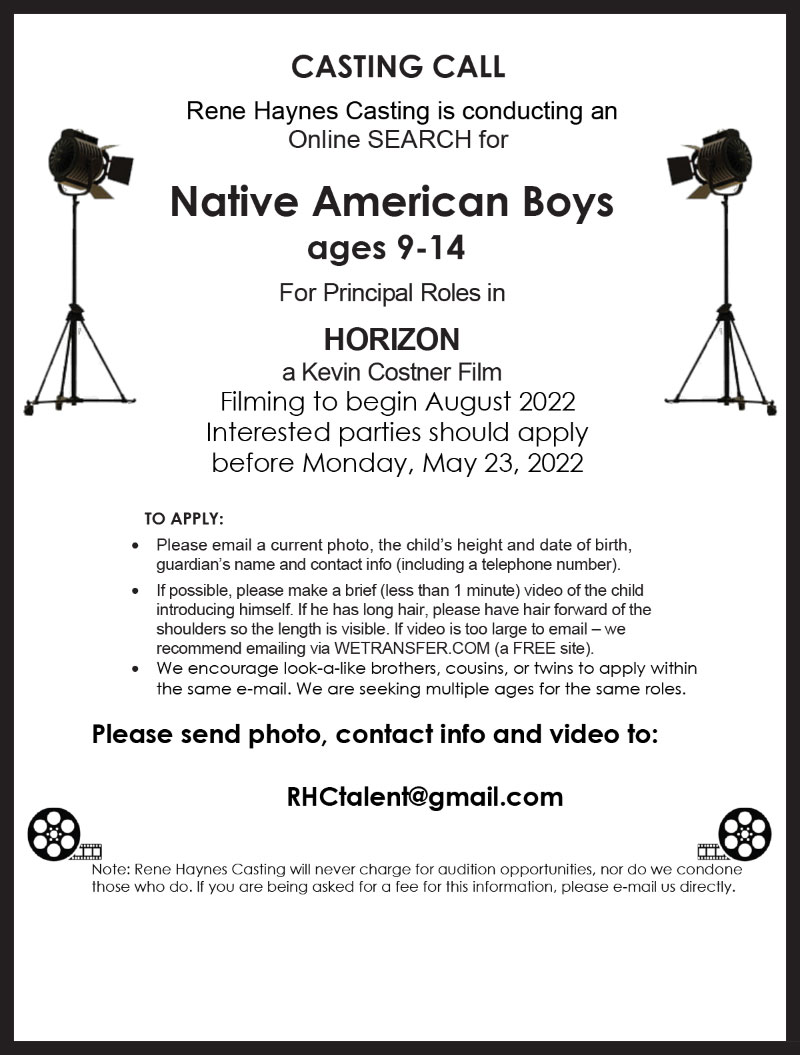