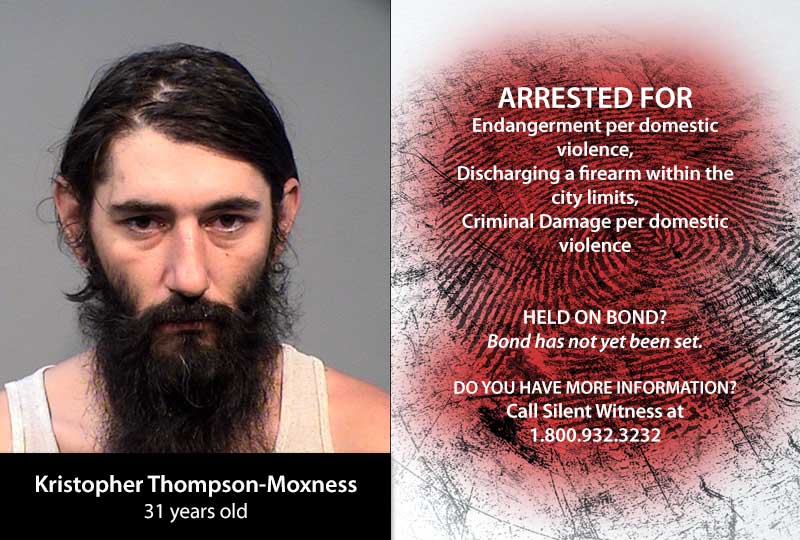 On June 5, 2022, at approximately 7:25 P.M. Prescott Police Officers responded to the 700 block of West Gurley Street upon the report of shots fired.  Upon arrival on scene, Officers learned that a domestic argument had led to Kristopher Thompson-Moxness, a 31-year-old Prescott resident, firing a shotgun into an unoccupied vehicle belonging to his wife. Thankfully, nobody was injured during the argument or because of the shooting.

Through the course of the investigation, it was learned that Thompson-Moxness had fled the scene prior to police arrival. Thompson-Moxness was located the next day, June 6th, after he returned to his residence in Prescott.  Thompson-Moxness admitted to his involvement and was taken into custody without incident.