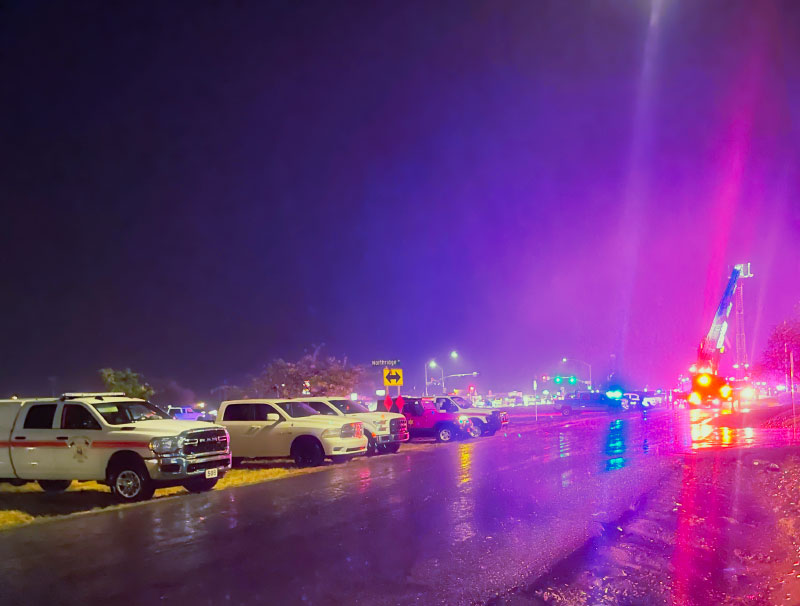 In the midst of mourning, Prescott and all of Yavapai County rise to the challenge

Once again, the Prescott Fourth of July celebrations have been shadowed by another tragedy.

This time, Yavapai County Sheriff’s Deputy Sgt. Richard Lopez was killed in the line of duty on Tuesday, June 28,2022, while responding to a call in the Cordes Lakes area.

This week also marks the 9th anniversary of the 19 Hotshots that died fighting the Yarnell fire.

So, what does Prescott and our neighboring communities do? In the midst of the mourning and commemorations, our community-at-large works to honor and support those who have sacrificed and their families and loved ones.

Prescott Fire Chief Holger Durre spoke on Thursday at the 4th Anniversary of the Granite Mountain Interagency Hotshot Center Learning and Tribute Center. Here are some excerpts from his comments that seem so applicable.

“...as we stand here today, this community is faced with tragedy in public safety once again and will rise to that challenge also, ...we talk about what makes Prescott Prescott, right?

"…when the community has to respond to tragedy, what Prescott does is it creates more community,” Chief Durre said. "It creates a stronger community by rising to it and not just saying, ‘Look at us, something terrible happened.' Everybody knows that and everybody feels that. But, we make it something that everybody can learn from, everybody can go from, and that is what makes this entire operation so special.

Sgt. Lopez has been honored throughout this week, and that is absolutely the right thing to do. The Prescott Police Department has created a special wrap of one of their vehicles in his honor, and in respect for his fellow officers. The World’s Oldest Rodeo paid a special tribute to Sgt. Lopez during the parade and their salute to Law Enforcement. His work vehicle is parked at the County Courthouse. Fundraisers have been organized to help support his family. His name will someday be added to the Fallen Officers sculpture at the Courthouse plaza. Tonight, there will be a candlelight (albeit flameless) vigil for him at the Courthouse starting at 8 PM.

Because, in Prescott and all of Yavapai County, our first responders are beloved members of our community.

That being said, while Sgt. Lopez will always remain in our hearts, as do the Hotshots, soon, the mourning will ebb and subside. But, Sgt. Lopez will not be forgotten. The Yavapai County Sheriff Agency, and nearby fellow agencies, will coordinate efforts to ensure that we learn from this tragedy, and how to prevent it from ever occurring again.

Because, that’s what Prescott does.

Candlelight Vigil for Fallen YCSO Sgt. Richard Lopez to be held in Prescott

Please join us in honoring fallen Yavapai County Sheriff’s Office Sgt. Richard Lopez at a (flameless) candlelight vigil Sunday, July 3, 2022, on the North side of the Prescott Courthouse at 8pm.

Sgt. Lopez was shot and killed in the line of duty Tuesday, June 28, 2022, while responding to a call in the Cordes Lakes area.

We ask that you bring a flameless or battery-operated candle to avoid the use of open flames. You are also welcome to download a digital candle from the app or play store on your cellular device.

In response to the June 28th tragic death of Sergeant Richard Lopez, the Yavapai County Sheriff’s Office is coordinating a community support campaign to raise money for the Lopez family during this excruciating time.

If you would like to donate, you can send checks, money orders/cashier’s checks or bring cash to the Yavapai County Sheriff’s Office. All checks must be made out to YCSO Employee Fund with, “Benevolence Fund: Richard Lopez” written on the memo line. These funds can be mailed or brought to: