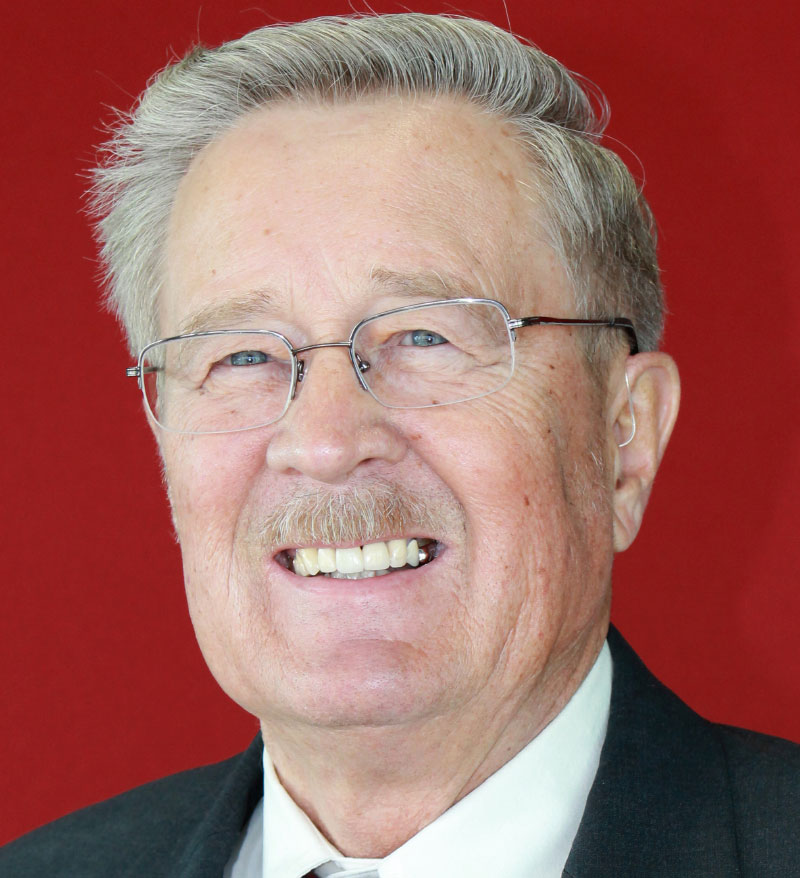 Mayor Skoog will be greatly missed in Prescott Valley

It is with sadness the Town of Prescott Valley shares that former Mayor Harvey Skoog died on Wednesday, September 22, 2021 at his home. He was 81 years old.

Few people in Prescott Valley had more of a hand in the community’s direction than Harvey Skoog. He retired in January 2018 after 26 total years of service on the Town Council.

Mayor Skoog moved with his family from the Valley of the Sun to Prescott Valley in 1982. He and Edna, his wife of 61 years, have nine children, 59 grandchildren, and 62 great-grandchildren.

First appointed to Town Council in April 1984, Mayor Skoog served as Mayor from March 1993 to January 1998. He won a recall election in 2004, and was re-elected three times more for a total of 14 consecutive years as Mayor.

Mayor Skoog was a community champion who countered the challenges of a growing Town with sound financial practices, creative solutions, and the collective wisdom and skills of its citizens. He was a humble man who was quick to thank and credit the citizens, Town Council members and employees who supported him through 26 years of public service.

Following a private family service on Thursday, September 30, the public is invited to line Skoog Blvd. at about 12:15 p.m. as a procession travels around the Civic Center (please arrive early and park so the roadway is not impeded), and then join the procession as it travels to Heritage Memorial Park Cemetery, 12000 E. Heritage Memorial Lane, Dewey, for the 1 p.m. public graveside service.

Finally, a public Celebration of Life for Mayor Harvey Skoog will take place at 10 a.m., Friday, October 1 at the Findlay Toyota Center, 3201 N. Main Street. Everyone is invited to honor Mayor Skoog’s life and contributions to Prescott Valley.