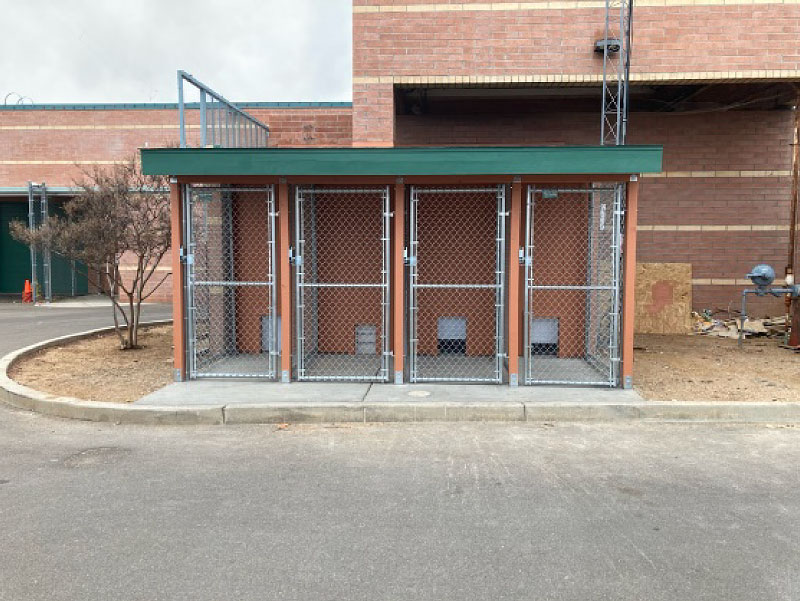 The four new kennels may be divided to hold up to eight dogs safely and separately before transport to the Humane Society is available. This allows for Animal Control Officers to be back on patrol and available to the community with other issues.

The kennels are equipped with heating and cooling as dogs may be held up to 72 hours to allow for the owner location/reunion. This will help to minimize trauma to the animals.

These kennels are a welcome addition to the Prescott Valley Police Department Animal Control Unit.

For more information on Police Foundation donations please visit pvpolicefoundation.org/ Prescott Valley Police Department can be contacted at (928) 772-9267 for non-emergencies, 911 for emergencies. Yavapai County Silent witness is 1-800-932-3232. IF YOU SEE SOMETHING, SAY SOMETHING!