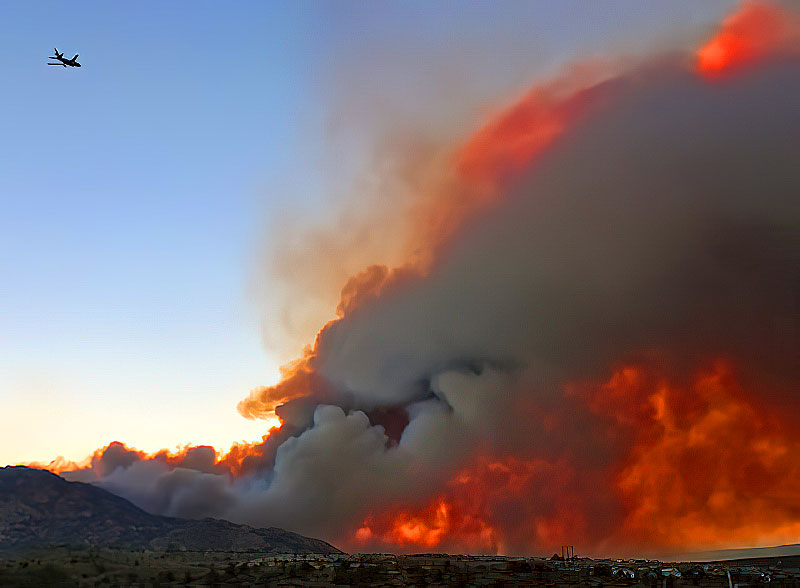 PHOENIX — Governor Doug Ducey and State Legislative Leaders today announced a special session to invest $100 million to combat and prevent wildfires, equip firefighters and communities with the resources they need, and prepare for after effects such as flooding and mudslides.

The Arizona Legislature will convene for the special session today, June 15, and is expected to vote on the proposal later this week.

“This wildfire season has already been devastating, and we still have a long, hot summer ahead of us. While Arizona has strong wildfire suppression and prevention efforts in place, we need to do more,” said Governor Ducey. “Our brave firefighters must have all the necessary tools, resources and support to fight the blazes and stay safe. We need to protect our communities from floods and other disasters that could result from these wildfires. Hard-hit communities and nonprofits offering support need financial assistance to weather the devastation of this wildfire season and protect families in need. We can get this done — and we can do it in an urgent, bipartisan manner. Thank you to Legislative leadership for coming together to develop an investment package that will help so many Arizonans.”

“The investment announced today will help protect Arizonans, their property, and their livelihoods,” said Senate President Karen Fann. “I look forward to working with my colleagues in the Legislature to get this significant and targeted investment approved so we can support fire officials across the state, keep Arizonans safe, and prepare for future disasters.”

“I know firsthand how devastating the wildfires are this year,” said House Speaker Rusty Bowers. “Families have been displaced, nonprofits are working hard to support those in need, and firefighters are working day and night to contain fires. We need to make sure they have the financial resources to get through this wildfire season and prepare for the future.”

“This wildfire season has already given us an idea of what’s to come, and we need resources to protect Arizona’s communities and first responders,” said Senate Minority Leader Rebecca Rios. “This investment is necessary to support those in need and help safety officials fight wildfires in the state, while also providing aid for communities afterward.”

“Firefighters, safety officials, and many of our communities need more support and resources. We must set aside political differences and lead the way to make that happen," said House Minority Leader Reginald Bolding. “We will work to come to an agreement that will deliver for Arizonans and protect communities at risk.”

On June 10, the Governor held a press conference in Globe to provide the latest information about the Telegraph and Mescal Fires in Pinal and Gila Counties. The press conference followed the Governor’s aerial tour of the blazes, a briefing from fire officials, and a visit to the Red Cross emergency shelter set up at a school.

Red Cross set up emergency centers in response to the #TelegraphFire and #MescalFire, and its center in Globe has provided much needed support to Arizonans who have had to evacuate. Thank you, Red Cross, for all you do to protect Arizonans! @RedCross @RedCrossAZ pic.twitter.com/ZOPmkTZY4J

On June 9, the Governor issued two Declarations of Emergency in response to the Telegraph and Mescal Fires, making available up to $400,000 for response efforts.

In March, the Governor signed Senate Bill 1442 to prevent wildfires by allowing for additional partnerships to employ Arizona inmates to clear forests of debris  The legislation aligns with the Arizona Healthy Forest Initiative proposed in the Governor’s budget which builds on proven methods to protect communities, while engaging individuals in state correctional facilities to equip them with new skills and reduce recidivism.

This is the third special session since the Governor took office in 2015.

View the proclamation calling for the special session HERE. 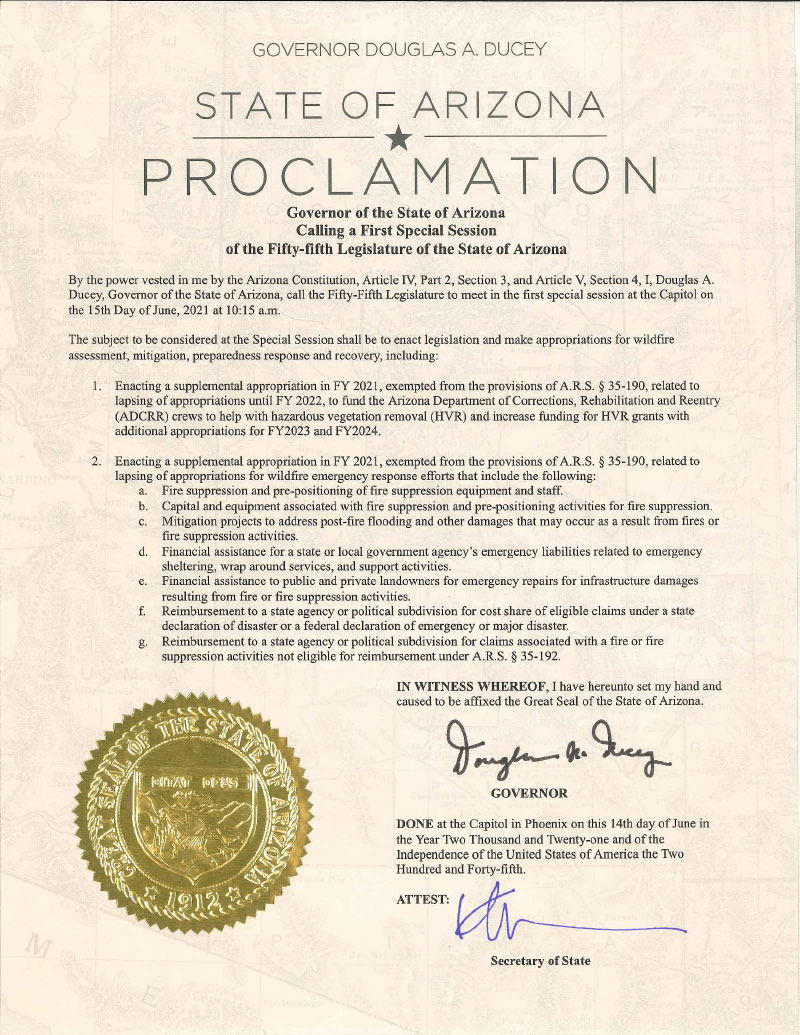