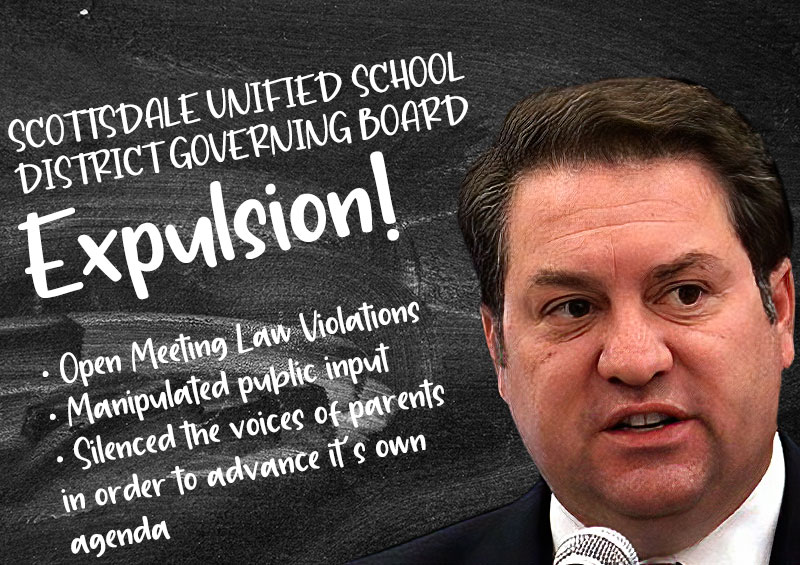 "SUSD manipulated public input and silenced the voices of parents in order to advance its own agenda," said General Brnovich. "This type of bad school behavior demands expulsion."

The lawsuit seeks to have Greenburg removed, impose civil penalties on the board, and ensure no future Open Meeting Law (OML) violations occur.

The complaint alleges SUSD violated the OML by knowingly structuring an agenda and meeting so as to prohibit public comment about a proposed mask mandate and other subjects within the jurisdiction of the SUSD Governing Board, knowingly applying unauthorized content-based restrictions on public comment made during a board meeting, and knowingly cutting off or otherwise interrupting speakers during a call to the public.

Read a copy of the complaint here.

“I am proud to have joined the amicus in this case supporting school choice,” said Arizona Attorney General Brnovich. “Education is the key to upward mobility in our society. A state should not be able to discriminate against a school simply because it is religious.”

Maine operates a tuition assistance program for high school students since more than half of its school districts do not have a high school. However, Maine has specifically excluded any type of “sectarian” school from that program. Because of this religious exclusion, families must either forgo an education benefit to which they are statutorily entitled, or send their children to a school that will not best meet their needs. The exclusion of religious schools violates the First Amendment rights of parents because it discriminates against schools and parents based on the religious status of the schools that parents choose for their children.

SCOTUS held that the state of Maine violated the Constitution by prohibiting students from choosing to use their tuition aid to attend schools that provide religious instruction.