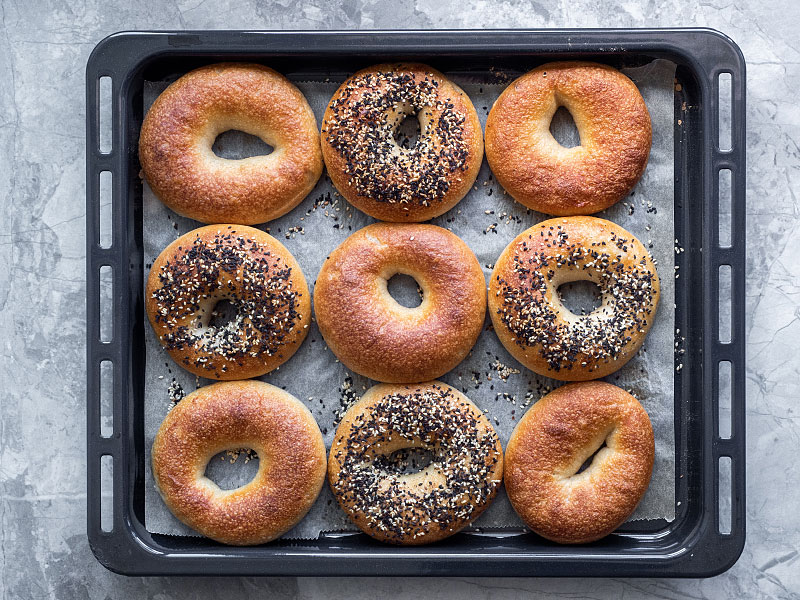 You may not know this, but January is really THE month for food lovers.

Take today, for example. It’s National Bagel Day. Who can beat that? Obviously, if you can’t beat them, join them. Here’s a bagel recipe for you from AllRecipes.

Overall, the month of January is Veganuary Month. Now, even if you don’t want to become a vegan, no worries. You still can try out some tasty veggie dishes. It never hurts to have a vegan item in your repertoire. (You’ll get bonus points if they actually taste good!)

Keeping up with the food theme, January is National Oatmeal Month and National Soup Month.

Did you know that you can make oatmeal in the crockpot the night before? Then when you get up, everything is ready for breakfast. You can add your own extras, such as raisins, brown sugar, craisins, fresh fruit and more.

And a pot of soup on the stove is sure to warm up even the coldest heart.

Tomorrow (Sunday, the 16th) is International Hot and Spicy Food Day. (It’s also National Nothing Day, but we’ll pretend we didn’t know that, because we’ve got lots to do.)

Wednesday (the 19th), you might as well head to the movies, because it’s National Popcorn Day. Extra butter, please.

Thursday (the 20th) is set aside for National Cheese Lovers Day - which certainly sounds a little cheesy, but on the other hand, cheese is one of those must-have foods.

Friday is National Granola Bar day, which isn’t my favorite, but maybe they chose that to go along with National Squirrel Appreciation Day.

Well, that about catches us up on food days for this week. We’ll tell you about next week later. After all, I’m sure you’re making your shopping list already!

So, it goes without saying, if you love food, January is your month!