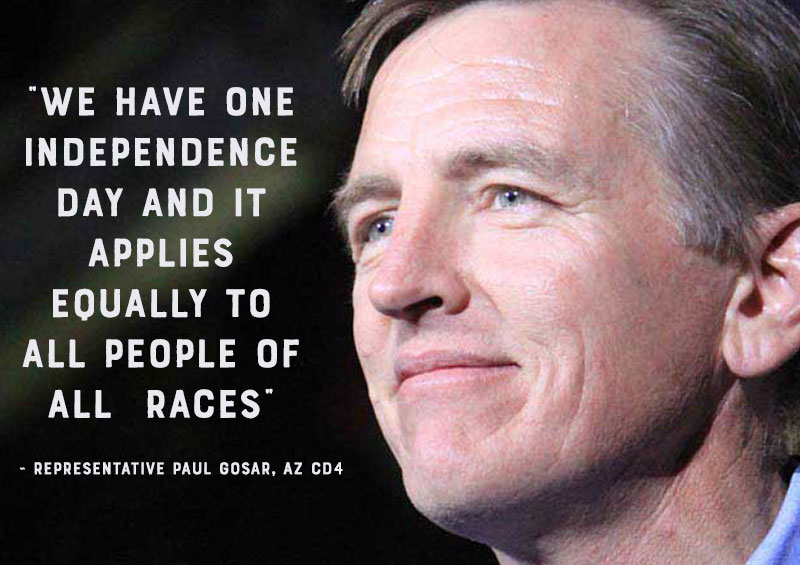 Representative Gosar explains his vote against the Juneteenth holiday

“Our country is divided, and the cultural and political Marxists are continuing their relentless efforts to divide this country further.

Juneteenth is more debunked Critical Race Theory in action. I reject racism. I reject the racial division people are promoting. I voted no because this proposed holiday does not bring us together, it tears us apart.

I cannot support efforts that furthers racial divisions in this country. We have one Independence Day, and it applies equally to all people of all races,” concluded Congressman Gosar.