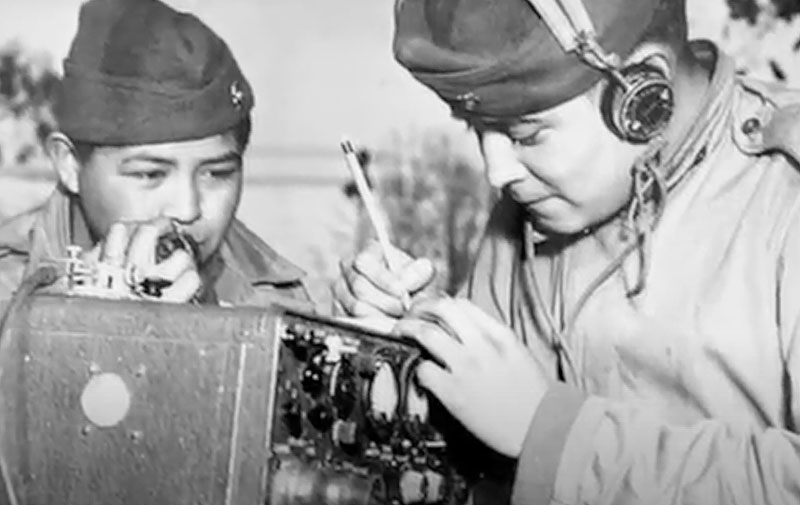 “Arizona is proud and grateful for the incredible work of the Code Talkers,” Governor Ducey said in the video. “Their bravery and ingenuity was instrumental in helping the Allied Forces claim victory in World War II.”

The United States government recruited and enlisted more than 400 Navajo men to serve in standard communications units. The Navajo Code Talkers used their unbreakable code to assist in every major operation involving the United States Marines in the Pacific theatre, including during the battle of Iwo Jima where they successfully transmitted more than 800 messages without error.

Governor Ducey has issued five proclamations to honor the Code Talkers since 2017. 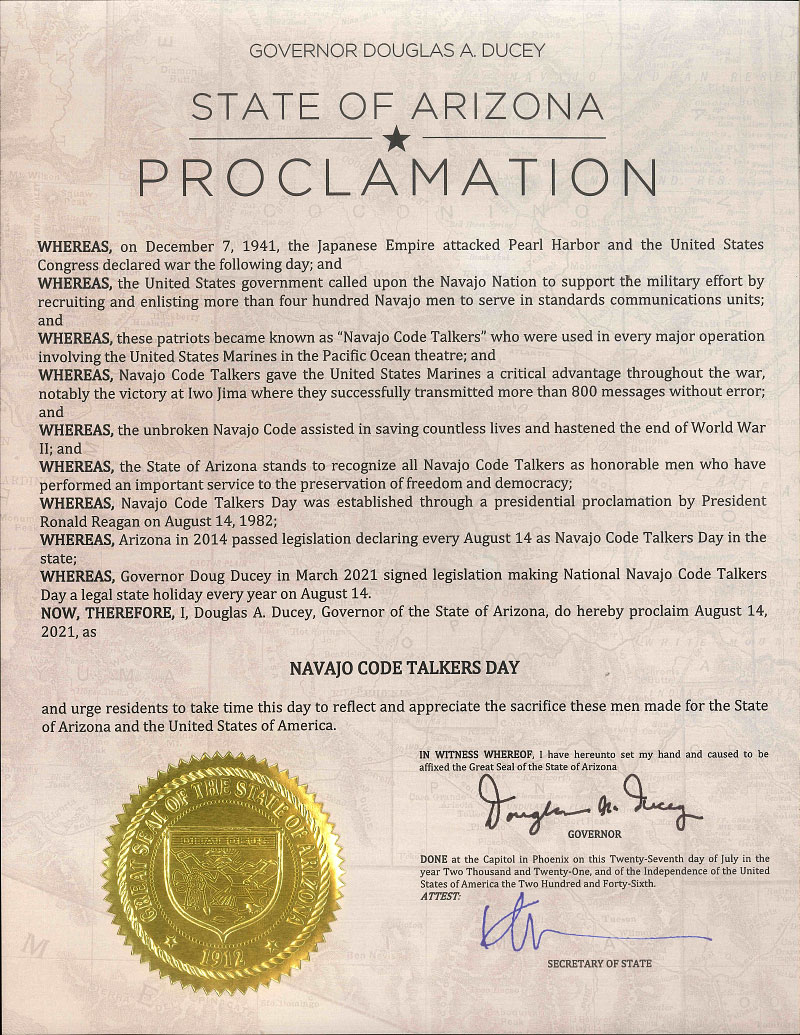