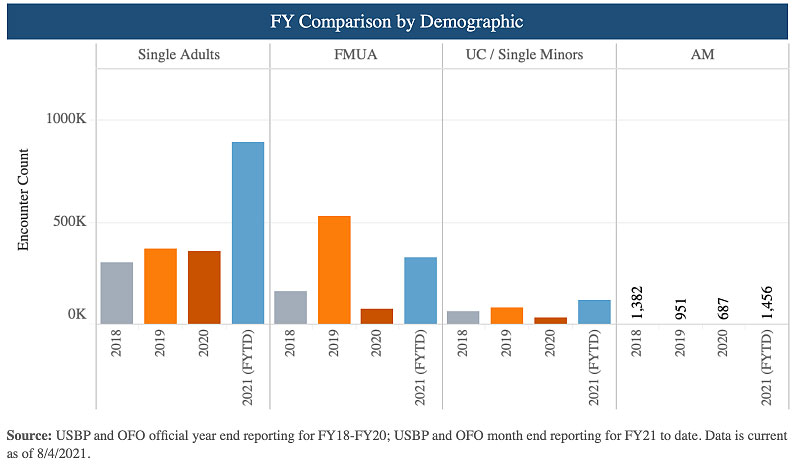 Ducey: “The Biden-Harris Administration Has Utterly Failed To Secure The Border”

The extension comes as the U.S. Department of Homeland Security reports a stunning 21-year record high number of illegal border crossings and the Biden-Harris administration comes under bipartisan criticism for its failures at the border.

Extending the Arizona National Guard border mission for another year means law enforcement officers serving along the border will continue to receive much-needed support as they work to defend against criminal activity.

“The Biden-Harris administration has utterly failed to secure the border,” said Governor Ducey. “It’s clear that this White House has neither the ability nor the desire to address the border disaster — a crisis of their own making. Illegal immigrant apprehensions are the highest in two decades. Law enforcement is overwhelmed. The situation is out of control. This situation is the direct result of reckless policies and failed communication by President Joe Biden and Vice President Kamala Harris.”

In closed-door comments revealed on Friday, Biden-Harris Homeland Security Secretary Alejandro Mayorkas called the border crisis “unsustainable,” said “these numbers cannot continue” and said “if our borders are the first line of defense, we're going to lose.” Mayorkas also reportedly said he was “very well” aware that portions of the border came close to “breaking” recently. “We can't continue like this, our people in the field can't continue and our system isn't built for it,” said Mayorkas. 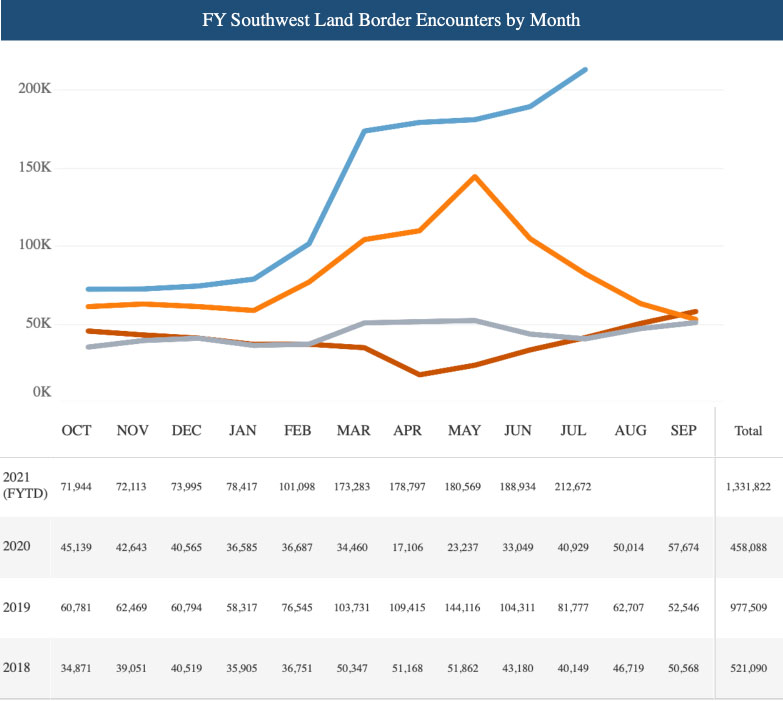 Last week, the Washington Post editorial board slammed the Biden-Harris administration for its multiple failures on border policy. “What is mostly missing … is an actual plan for action,” the Post wrote. “They have driven a policy whose incoherence has yielded pressure at the border that may cost the Democrats control of one or both houses of Congress in next year’s midterm elections.”

“The brave men and women of the Arizona National Guard are standing in the gaps,” Governor Ducey said. “Their mission directly contributes to the success of law enforcement officers working to maintain law and order on Arizona’s southern border. I’m grateful to all those who serve our state and are working day and night to keep Arizonans safe.”

The border mission will continue for at least another year thanks to $25 million in funding from the FY 2022 budget passed by the Arizona State Legislature and signed by the Governor.

Under the leadership of the Arizona Adjutant General and Director of the Department of Emergency and Military Affairs, Maj. Gen. Kerry L. Muehlenbeck, more than 150 Arizona National Guardsmen are currently serving in border communities in support of local and state law enforcement. Tasks the guardsmen are performing include:

“The dedicated men and women of the Arizona National Guard are actively engaged in this mission to support local law enforcement addressing border security and public safety needs in multiple counties,” said Maj. Gen. Muehlenbeck. “They have been called to serve selflessly throughout the past year and have always answered that call. I am proud of our Arizona National Guardsmen and grateful for the many employers, families and communities that support them."

On Friday, Governor Ducey called for the resignation of Secretary of Homeland Security Alejandro Mayorkas following his explosive leaked comments on the border crisis. Governor Ducey said in response, “This administration has completely lost control of the border … A defeatist is not what we need when it comes to fighting for border security.”

Governor Ducey in April declared a state of emergency and deployed the Arizona National Guard to the state’s southern border. The Governor also convened the State Emergency Council to immediately fund the mission with $2.5 million as well as $200,000 for county sheriffs.

In June, the Arizona Legislature passed and Governor Ducey signed the FY 2022 budget, including $25 million in state funding for the National Guard border mission and $30 million to assist law enforcement with border security operations, in addition to existing funding for the Border Strike Force.