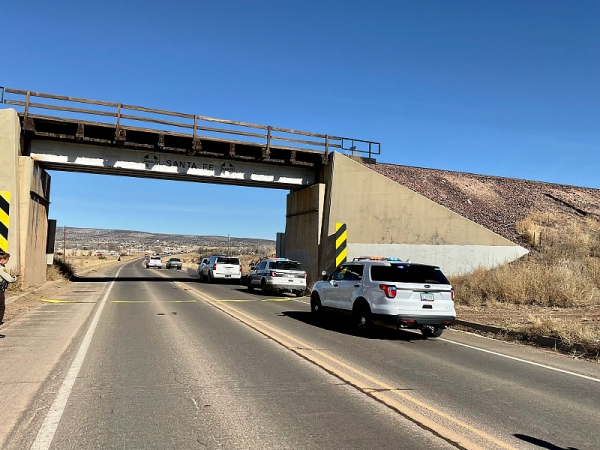 Assailant From Crime Spree in Paulden Identified as Carl Schaede

PRESCOTT, ARIZONA (January 5, 2022) – Yavapai County Sheriff’s Office has released more details about the sequence of events from yesterday’s crime spree by an assailant in Paulden, which ended tragically with his death.

YCSO identified the assailant as Carl Schaede, 53 from Paulden, who was a registered Level 3 sex offender.

From reports, Schaede assaulted a 44-year-old man, (mistakenly identified yesterday as his brother) who was staying with Schaede in his home on Bourbon Alley, by repeatedly hitting him in the head with a hammer. Schaede in fact did assault his brother, 54, who also lived at the address, by hitting him in the head with a gun and pointing it at his head. The victim of the hammer attack survived emergency surgery but is still in critical condition. The brother was treated for minor injuries.

After the attempted homicide and aggravated assault, Schaede then left his home on Bourbon Alley and walked to the Family Dollar, where he assaulted the store clerk, a 33-year-old man from Paulden, by also hitting him over the head with a gun. Prior to leaving the store, Schede robbed the cash register. The clerk was also treated for his injuries.

In a strange twist of events, Schaede then walked to the nearby Community Center, and though he did not injure anyone, he did throw the stolen money onto the floor prior to exiting, leaving a group of people in attendance quite stunned.

As reported yesterday, after leaving the Community Center, Shaede confronted law enforcement with a gun in the road on State Route 89 before Chino Valley officers were forced to shoot him. The location of the incident caused the roadway to be closed down as the Department of Public Safety investigated the scene of the shooting.

Eyewitness statements confirmed that Schade was acting erratically but no further details are available.

(January 4, 2022) – YCSO Deputies are on the scene of an officer involved shooting stemming from a domestic dispute that occurred in Paulden this morning.

At approximately 10:15 am YCSO was called to the scene of a domestic dispute that resulted in one man in critical condition, one person severely injured and the suspect dead.

Current reports are that the unidentified suspect assaulted his brother with a hammer and fled the home on Bourbon Alley to the nearby Dollar General, where he robbed the store and assaulted the manager. He then drove to the Paulden Community Center where he threatened the occupants with a gun. After leaving the Community Center, YCSO Deputies and Chino Valley PD found the suspect near a train trestle off of 89 not far from the Dollar General.

Despite repeated warnings from law enforcement, the suspect raised his gun to the officers, and Chino Valley PD was forced to fire on the man.

The brother was airlifted to Flagstaff Medical Center with life-threatening injuries. His condition is currently unknown. The Dollar General manager was transported to YRMC for his injuries which were not thought to be as severe.

DPS and YCSO Detectives and crime scene investigators are on scene.

State Route 89 will be closed from I-40 to Big Chino Road. Northbound is closed at the Paulden Post Office. YCSO anticipates opening the freeway within the next few hours but asks that residents find alternative routes until such time. YCSO will provide updates as the situation unfolds.