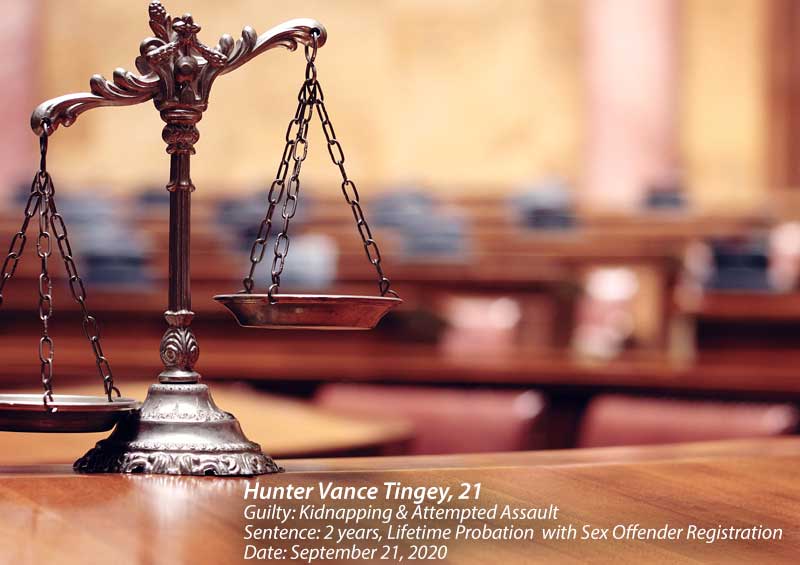 Hunter Vance Tingey, 21, pled guilty to the crimes of Sexual Assault and Kidnapping.

The events leading up to the charges were first disclosed on March 13, 2020, when the victim made a delayed report to the Yavapai County Sheriff’s Office about an incident that had occurred a few days earlier. Investigators learned that the juvenile victim first met Tingey through Facebook.  The victim and a friend then went to Tingey’s residence where he invited both of them into his room, locking the door behind them with a key. Tingey then sexually assaulted the victim in spite of her repeated efforts to tell him no. At one point, Tingey pulled a machete from his bed and told the victim she was not allowed to leave.

Sheila Polk, Yavapai County Attorney, reminds the public that delayed reporting is not unusual in cases of sexual assault. Victims looking for supportive services and a safe environment are encouraged to contact the Yavapai Family Advocacy Center at (928) 775.0669. At the Center, victims have the opportunity to obtain a variety of crisis services in one location, with all agencies working together to stop the hurt and start the healing process. More information can be found at www.yfac.org.