Up, Up and Away Featured 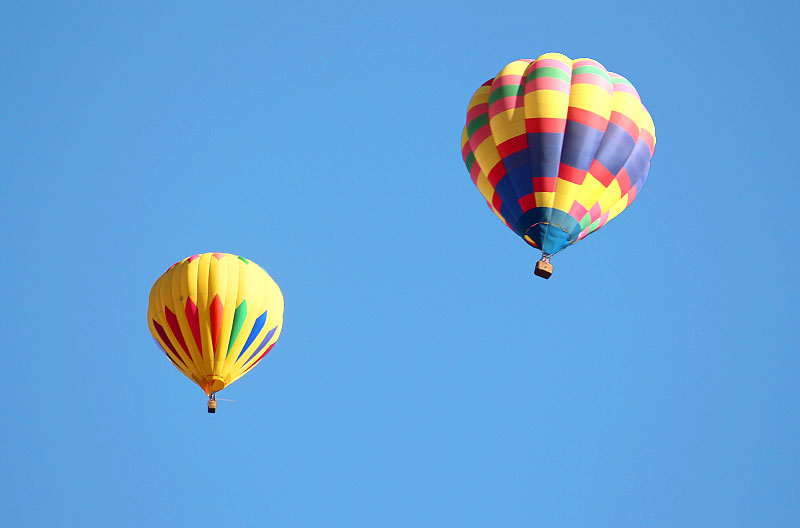 National Balloon Ascension Day on January 9th commemorates the first American balloon flight by Jean Pierre Blanchard, in 1793. That was 229 years ago.

Blanchard was a French aeronaut, and he was determined to be the first to fly in a balloon over the United States. He even sold tickets for people to watch the launch. Then-President George Washington was there to witness the inaugural flight, as were future presidents John Adams, Thomas Jefferson, James Madison and James Monroe.

The flight was magnificent, and the crowd watched from below. Blanchard explained, "My ascent was perpendicular and so easy, that I had time to enjoy the different impressions which agitated so many sensible and interesting persons who surrounded the scene of my departure, and to salute them with my flag, which was ornamented on one side with the armoric bearings of the United States, and on the other with the three colors so dear to the French nation. Accustomed as I long have been to the pompous scenes of numerous assemblies, yet I could not help being surprised and astonished when, elevated at a certain height over the city, I turned my eyes towards the immense number of people who covered the open places, the roofs of the houses, the steeples, the streets and the roads, over which my flight carried me in the free space of the air. What a sight!”

Blanchard even did a number of experiments while in flight, ate a biscuit and drank a glass of wine. He landed about 15 miles away from his departure. Then he realized he had a dilemma: How was he going to get back to Philadelphia? He knew little English, so he yelled to the approaching farmer in French. President Washington had given him a letter of passport, so he showed it to the farmer, who was a bit less hesitant. A second farmer arrived, carrying an ancient musket. Frightened at seeing the large globe on it’s side in the field, he dropped his gun and lifted his hands skyward in prayer. Soon, the two farmers were willing to assist his return to Philadelphia.

Unfortunately, even with the $5 ticket sales, Blanchard was unable to make enough money to pay for the flight. It was witnessed by few paying and many non-paying spectators. He eventually left America without any improvements to his personal fortune.

He continued to have flights in Europe. His second wife, Marie Madeleine Sophie Armant was just 18 when they married in 1798, and she continued the ballooning tradition, becoming the best-known woman aeronaut in Europe.

In 1808, at the age of 56, Blanchard had a heart attack while in a balloon and fell to the ground. He died a year later from the severe injuries that occurred during the fall. On July 6,1819, Madame Blanchard’s balloon caught fire during a pyrotechnic night flight, and she fell to her death in the street.

A century later, Amelia Earhart, another pioneer in flight, would say, "Everyone has oceans to fly, if they have the heart to do it. Is it reckless? Maybe. But what do dreams know of boundaries?”