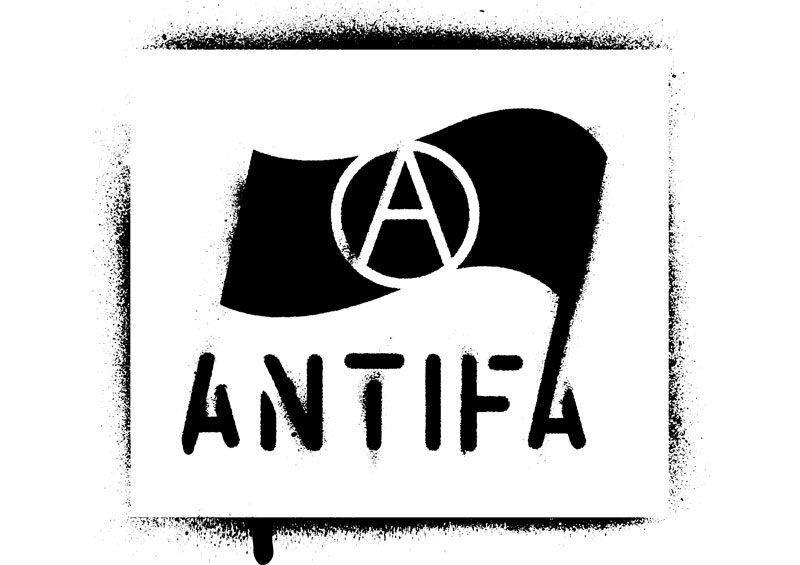 The far left in America is taking on the characteristics of fascism.

The similarities between Antifa, the far left and fascism are disturbing.

President Trump accurately labeled the rise of Antifa as “a new far left fascism” during his July speech at Mt. Rushmore. Antifa has arisen at an appropriate time, when the far left in America is taking on the characteristics of fascism. No doubt they named themselves Antifa in order to dissuade people from thinking they were actual fascists. Give yourself a name that everyone agrees with, and you can hide your real agenda. Black Lives Matter has done it successfully, they have an approval rating over 70 percent but their real agenda is Marxism. As Catholic teacher Timothy Gordon put it after being fired for calling the group terrorists, you could be a terrorist group and hide your agenda by naming yourselves “Don’t Kill Kittens.”

The similarities between Antifa, the far left and fascism are disturbing. The left claims that fascism is closer linked to the right, but the right has never stood for massive government control -- that is a hallmark of the left.

One troubling similarity is the identification of enemies/scapegoats as a unifying cause. The far left now labels all conservatives as evil, calling them white supremacists, sexists, homophobes, climate change deniers, etc. Fascists disdain intellectuals. Under fascism, professors and other academics were censored and even arrested. Today, the far left is driving conservatives out of the universities. If they sneak in, the left complains until they are fired. Only 1 percent of the faculty at Harvard now identifies as conservative. Only academics who think like leftists are allowed to remain.

Fascism has a disdain for human rights, which manifests itself by cruel behavior toward political opponents. We’re seeing this in long prison sentences for conservative activists. Former Congressman Steve Stockman is serving a 10-year prison term for merely raising money for two conservative nonprofits. Even though he is over 60 and has diabetes, putting him at high risk for COVID-19, corrupt bureaucrats within the Bureau of Prisons will not release him. They released every other diabetic over 60 in his prison. Now he has COVID-19, so his sentence could turn into a death sentence.

Under fascism, fear is used as a motivational tool by the government over the people. We’re seeing this with the Democrats’ handling of the COVID-19 pandemic. They have made people ultraparanoid of contracting the virus, even though the young and healthy will be fine and even though a certain amount of the population needs to contract it in order to reach herd immunity. By fomenting this anxiety, they’re able to portray conservatives who oppose the draconian measures as not caring about people dying, using it against them to stop them from winning elections.

Corporate power is protected under fascism. The industrial and business aristocracy often puts the government leaders into power. We’re now seeing this with the most powerful companies in the country donating almost exclusively to Democrats. More than 90 percent of the $40 million donated by big tech employees to political causes since 2004 has gone to Democrats. In 2020 so far, 96 percent of the money contributed to political campaigns by Apple and its employees has gone to Democrats.

Fascists used slogans, symbols, songs and flags to promote their ideology. Antifa has a very distinct symbol of a black and red flag which shows up everywhere at their protests and riots. Black flags generally mean anarchy and red flags mean communism or socialism. Antifa is known for a variety of chants and slogans. They include “No America at all,” “No Trump, no wall, no USA at all,” and “If we don’t get it, shut it down!”

There is rampant cronyism and corruption under fascism. We’ve seen this in the revolving door between the mainstream media and Democratic administrations. There are too many to list here, but some of the more well-known individuals include George Stephanopoulos and Rahm Emanuel. Mark Levine cites 29 recent examples in his latest book, “Unfreedom of the Press,” which is far more than cycled through the GOP-media revolving door. There are also increasing malicious, politically motivated prosecutions against conservatives taking place in locations where far left Democrats control the prosecutors’ offices.

Another sign of fascism is fraudulent elections. The left has been caught engaging in election fraud over and over again, and is blatantly preparing to do so again by transferring all voting to mail-in ballots. Election fraud also includes complicit judges and manipulation of the media. Since the left controls much of the judiciary, and plaintiffs are often able to forum shop to pick a favorable judge, they are having some success.

While the left hasn’t taken over the police as happens under fascism, there are signs they are making inroads. Police are arresting and citing people for not wearing masks. They arrested two pro-life protesters for merely writing “Black Preborn Lives Matter” in chalk on the sidewalk outside a Planned Parenthood. In contrast, Antifa and Black Lives Matter spray paint slogans on businesses and nothing happens. Michelle Malkin recently attended a Law Enforcement Appreciation Day in Denver and the police did nothing as radical left thugs beat the attendees. Since Democrats control the big cities, where the police chiefs report to the mayor, they are able to dictate how the police behave.

Antifa blatantly refers to its members as “comrades,” a leftover term from communist Russia. Many of their members admit they are communists. Communism is a close cousin of fascism, with the government controlling everything (Marxists claim that the people own everything under communism, but it’s never worked out that way).

It’s way overdue to start referring to Antifa as fascists and calling them out when they act like them. Don’t let them get away with labeling all conservatives as fascists. We’re not the ones trying to get the government to take over everything and stomp out the opposition.