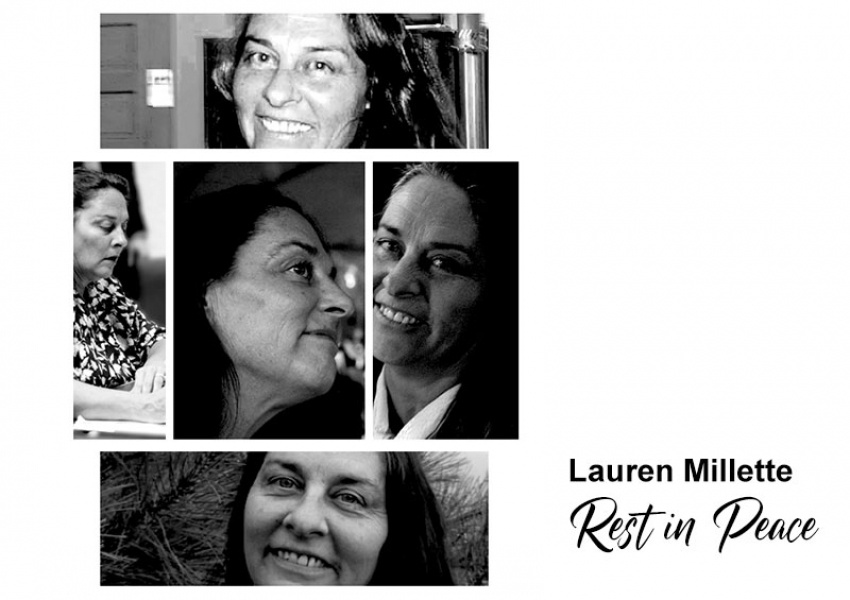 Lauren Millette passed away this week.

We miss her. But the world is a better place because Lauren Millette was here.

You know, sometimes you have friendships that take a lot of work and compromise, and other times you meet people and instantly know, "That's my friend."

Lauren Millette was one of those instant friends and my hero. I was in awe of her when we first met. She was smart and, unlike most media people, didn't jump to cynicism first. She understood immediately what I wanted to accomplish, and always encouraged me, even when we worked for different entities. (We secretly partnered on a few stories from time to time, sharing information to help one another.) She had one of the few women's voices I liked on the air. She stood defiantly on her journalistic integrity even when others strayed. "We must tell the story, not be the story," she'd say frequently. If only more people understood that today.

We could talk for hours about kids and news and politics. She's the one I'd go to when I needed to discuss tricky journalistic issues. She always responded with truth and wisdom.

We laughed together, cried together and prayed together. Life got crazy and sometimes we'd go a couple of years without talking much, and then we'd reach out and pick up instantly without hesitation.

Lauren fought for her principles with tenacity and grace. She loved her boys more than anything, and was so proud of them. She lived life as fully as possible, and never gave up. She laughed easily and spontaneously. She cared immediately.

Lauren was diagnosed with cancer about four years ago. Her son, Chayce wrote, "She fought like hell, and won 4 years over a 6 month prognosis. Anyone who knew her knows how hard she fought."

When her medical team recommended hospice a few months ago, Lauren called and talked to me about it. "I was concerned," she said. "I thought Hospice had a 6 month limit. I asked what would happen if I didn't die in six months? Because I'm not planning to die in the next six months. I think I want to live longer than that. But, it's ok, they promised me they'd just renew it," she said. I admired her strength and courage.

Lauren called me a couple of weeks ago. Although she knew her body was failing, she still looked forward. "As soon as I get my new glasses and can see my computer screen better, I want to write for you." I said I'd love that. I meant it.

"She went peacefully and easily," Chayce wrote. "She will never have another ounce of pain... She told me recently that when her time comes, she won't be sad. She won't have any regrets. She said when God brings her home, shes ready. I find peace in that."

We'll miss you, Lauren. But, we're stronger, better people for knowing you.