Journal of Prevarication: A Lie is a Fable Featured 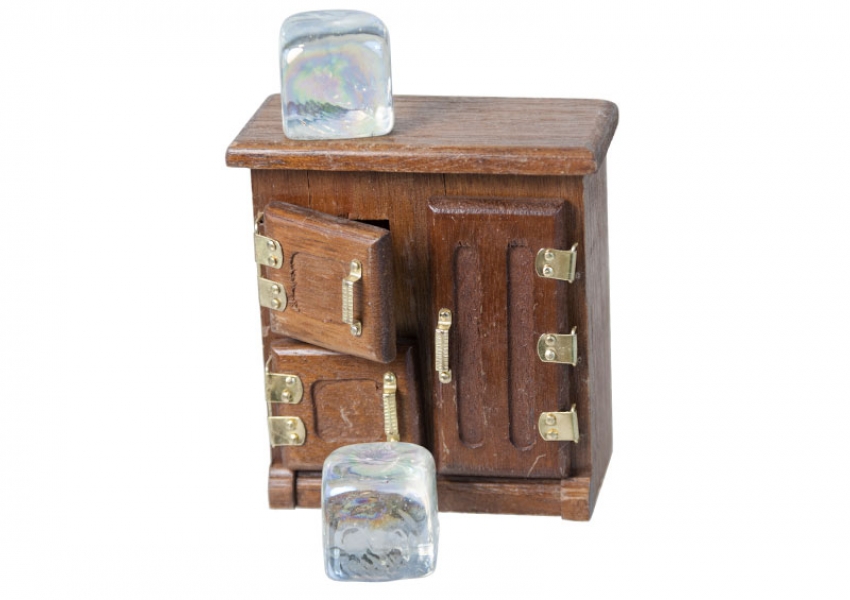 A lot of things have happened in our country because of fables.

It was a lie that caused Spanish conquistador Francisco Vasquez de Coronado to “discover” Arizona in 1540.

Someone else surely would have gotten around to exploring the place–maybe Del Webb, or Jerry Colangelo. But the Spanish were in the New World, i.e. Mexico, and they kept hearing a tale of riches. Without riches, why go to all the trouble of conquering?

Our latest book, The Arizona Liar’s Almanac, explains that somewhere north of wherever the Spanish were, there were seven cities of gold–the seven cities of Cibola. Their golden doors were studded with turquoise.

Coronado led a legion of explorers northward. They got as far as Kansas and found nothing that remotely resembled a city of gold. There was a faint resemblance in the adobe Zuni pueblos, glowing golden in the afternoon sun, and Coronado’s advance man may have been misled by that.

However, the story had been told much earlier by natives, who didn’t mind telling gullible explorers what they wanted to hear. The natives were not sure what to make of Coronado, since they had already discovered Arizona, but they knew he loved a good yarn.

Would you call the story of the seven cities of Cibola a myth? A fable? A legend? Or was it simply a mendacious lie?

I need your help; I invite your comments. A while back, I was giving a talk, “The History of Lying in Arizona”–some lies from my heroes, and some of my own. A woman in the audience blind-sided me with the question, “What’s the difference between a lie and a fable?”

My answer was less than intelligent. Here I was, in the heart of Fable Land, doing a paid gig, and fumbling for words.

I vaguely remember reading about these art forms in college, but that was in olden days, when Arizona State College at Flagstaff (NAU) had twelve faculty members and six students.

As a workaday word, I prefer “lie,” which has served us well since the days of Aristotle. My number one hero, Mark Twain, took lying, formerly practiced around the depot stove, to the level of sly literature. He advised, “Truth is the most valuable thing we have. Let us economize it.”

I refer not to the mendacious untruths told by presidents and swindlers for their personal advantage, but to recreational lies intended to free the soul from the monotony of everyday facts.

Since that tongue-tied performance in February, two more interviewers have asked me, on the public airwaves, to define the differences between lies and fables, and/or legends. Someone is always trying to make me out to be a serious person.

I put the entire staff of The Wickenburg Institute for Factual Diversity to work on the problem. They’re a contentious bunch, and they haven’t made much progress.

However, along the way, one oft-quoted falsehood has become obvious: Hindsight is not 20/20.

Whether you’re talking about 9/11, or the time Wyatt Earp and Teddy Roosevelt played an eight-day croquet match on Willcox Dry Lake, using live ammo, people lie about the past. Hindsight is 70/10, at best.

I’m tempted to eliminate the word “fable” right away. My five-pound American Heritage Dictionary of the English Language says that fables often involve talking animals. My conversations with animals are private.

However, the dictionary also says a fable is “2. A story about legendary persons and exploits. 3. A falsehood, lie.” So “fable” may be a useful word after all.

Here in Wickenburg, they say that if you drink from the waters of the Hassayampa River, you will never tell the truth again. A monument beside the dry river calls it The Legend of the Hassayampa, but I consider it a fable. A fable about lying is a very satisfying example of multi-tasking.

That fable has stuck around for nearly a century and a half. I’m disappointed that so few present-day Arizonans are familiar with it.

A legend is said to be “An unverified story handed down from earlier times, especially one popularly believed to be historical.”

“Legend” would apply to the time renowned Sheriff Buckey O’Douhl of Yavapai County broke out of his coffin and beat the tar out of the bandits who had killed him.

One enduring yarn concerns railroad engineer Casey Carswell of the Globe, Yuma & Seattle Railroad; like many early railroads, its name was more ambitious than its reach.

Casey was driving a mixed train between Globe and Superior one day in 1898 when train robbers tried to stop his train on a tight, slow curve in Devil’s Canyon. Casey slammed on the brakes and began backing the train toward Globe, the robbers in pursuit.

Casey poured on the coal and drove the old 4-6-0 Baldwin steamer backwards all the way to Globe, leaving the robbers in a cloud of smoke from the engine’s stack. He screamed through Miami and arrived in Globe four minutes before he had left.

Before I was a liar, I was a historian, but I got tired of arguing with myself about what was true and what was not. Mr. Twain straightened me out: “A historian who would convey the truth has got to lie. Often he must enlarge the truth by diameters, otherwise his reader would not be able to see it.”

Like the conquistadores, modern people seem to love an unlikely yarn. Take the story of the Lost Dutchman gold mine–please. A thorough book published by the Arizona Historical Foundation in 1975 pretty well put the kibosh on that myth, detailing exactly how it had been created.

I must be the only person who read the book. The gold mine which Jacob Waltz supposedly misplaced in the Superstition Mountains is still a major industry. If you saw the great 1962 movie The Man Who Shot Liberty Valance, you’ll likely remember the punch line: “When the legend becomes fact, print the legend.”

The Arizona Liar’s Almanac carefully details several lost mine stories that I humbly believe to be more interesting than the Lost Dutchman. These include the Lost Hoosier Mine, and The Lost Treasure of Cabra Azul, guarded by a giant blue goat.

I usually ignore commercial lies, such as you find in TV commercials, and in the rather personal ads on the Internet. However, one commercial lie was so outlandish that it amused me, and maybe you’ll think it’s funny too. I exposed the scam 60 years after the fact in a book called Dry Humor: Tales of Arizona Weather.

In the mid-1930s, the electric refrigerator was being marketed aggressively as a replacement for the chest-type icebox, which actually contained a block of ice, placed there by your friendly iceman.

The ice companies freaked. Their ads warned that electric refrigerators would “mummify” foods. One company said, “You wouldn’t seal a fresh-cut rose in a fruit jar.” It’s hard to argue with that.

Another ice company advertised, “Ice is the ONLY kind of refrigeration that maintains correct humidity. It does not draw natural juices from foods but keeps them properly moist and fresh.”

Fortunately, that self-serving myth never grew legs, although some of us old-timers still refer to the fridge as “the icebox.” Eventually, the lie went the way of the iceman and the door-to-door milkman.

A good lie not only has legs, but it has endurance and a pedigree. Mark Twain wrote of English historian Thomas Carlyle: “Carlyle said, ‘a lie cannot live.’ It shows that he did not know how to tell them.”

The next time someone asks me, I’ll say a fable (or a legend, or a myth) is just a lie with whiskers, and let it go at that.