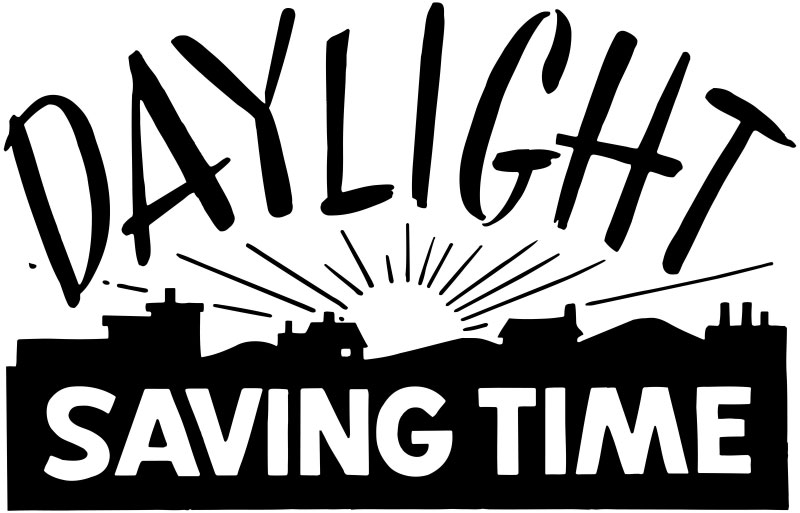 Too much daylight makes us crazy.

Most of the nation goes on Daylight Saving Time Sunday, and most of Arizona will not.

That bothers some folks, but I didn’t lose any sleep over it. We’re having a severe dry spell, the result of what I call “Stealth Rain.” Saving daylight would only make it worse.

They claim that daylight saving time saves energy. It never did a thing for mine. We already have more daylight than we can deal with.

The last time Arizona tried DST, it was back in the 1960s. We still have the daylight we saved that year, stored in huge warehouses on the desert near Yuma.

The Navajo Indian Reservation, largest reservation in the country, takes up the northeastern corner of Arizona and spills over into New Mexico. The Navajo Nation, as it prefers to be called, goes on daylight saving time with the rest of the nation.

But the smaller Hopi tribe, whose reservation is completely surrounded by the Big Rez of the Navajos, does not go on DST.

Thus, in northeastern Arizona, you may have to deal with Mountain Standard Time, Mountain Daylight Time, and Indian Time. Indian Time is not to be confused with Indiana Time, a horological puzzle caused by the time zones that zig-zag through that state; some are on DST, some are not.

Nor is Indian Time an ethnic slur. Native Americans spent a lot of time trying to teach me this concept: Indian time is whatever time an Indian needs for it to be, in order to do what he is doing. I hate Indian time.

In the rest of Arizona, all you have to remember is that we are now three hours behind New York, and Arizona’s Mountain Standard Time is the same as Pacific Daylight Time. Last May the California Legislature asked federal permission to put California on DST year-round, but that proposal appears to be dead in the ozone.

Too much daylight makes us crazy. But a cloudy day such as we had this past Saturday makes me even crazier. We had some of the Stealth Rain that has been taunting us all during 2002 — rain that starts to fall, then stops about 500 feet in the air.

We awakened to the welcome sound of a thunderstorm. Soon, drops of water were falling on the patio. Praise the Lord! I’ve seen rain before, and you don’t forget a thing like that. I was glad I had blown the dust out of my rain gauge.

Then a few hailstones fell. And then the precipitation quit. The bottom of my rain gauge was barely wet. The clouds hung around all day.

Wickenburg averages 10.77 inches of precipitation a year — little enough, Lord knows. If the National Weather Service observer here was able to measure the moisture Saturday, it would be the first measurable precipitation in Wickenburg this year.

It has been so dry that our singing teakettle has a raspy cough. The leaves on our trees don’t rustle — they squeak.

By the time I realized I’d forgotten to water the tangerine tree, the roots had sucked all the juice back out of the fruit just to keep the tree alive. The tangerine shells rattle in the breeze.

One day the relative humidity was minus-11 percent, with a promise to make it up to us in August — something like those zero percent credit card deals.

All winter, I’ve been watching doppler weather radar on the Internet, and I think we’re seeing Stealth Rain — rain that begins to fall, but never reaches the ground.

We keep a few clouds around to please winter tourists, but they are mostly for show. However, some dark, moisture-laden clouds have rolled in from the Pacific this winter. They hover low over the landscape with the promise of impending rain.

Purple virga trails from the bottoms of the clouds, but the rain merely impends — it does not fall.

On the doppler radar, bright blobs of green and yellow suggest that it is raining on us. Yet the ground is dry, and getting drier. The show of spring wildflowers is pitifully scant.

I’ve been a little light-headed for years, and I blamed it on all the sunshine. Now a science story in The New York Times makes me wonder if western Arizona lacks the gravitational pull needed to bring the rain all the way to the ground.

If my theory holds water at all, this phenomenon could be as significant as the black water off the coast of Florida, or last week’s discovery that chlorophyll exists on Mars.

As you know, Sir Isaac Newton came up with his theories about gravity in the 1660s, about 10 years before he invented the Fig Newton. He said that all objects attract each other, with a force proportional to their masses, and dependent on the distances between them–a dry statement, for sure.

I always figured gravity was gravity. You step off a cliff, you fall. Drop a jar of mayonnaise, it splatters all over.

But The Times says there are slight variations in gravity over the face of the earth. The earth is not a homogenous mass, but a lumpy conglomeration of stuff.

To measure these variations, NASA and the German Aerospace Center have launched twin satellites, called Tom and Jerry. They will orbit 311 miles above the earth, one trailing the other by 137 miles, measuring tiny differences in the force of gravity as they fly over.

I wonder if those those satellites will find that our desert is short of gravity by a micron or two — just enough to allow the rain to hang up there in the air as it passes over.

That would explain the Stealth Rain.