Journal of Prevarication: Reminiscing About the Good Ol' Days Featured 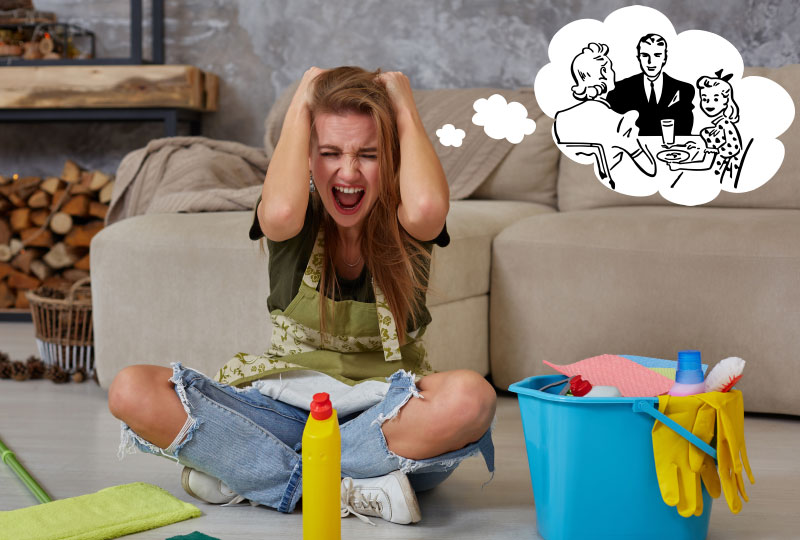 Those were mannerly times, compared to today.

"We got our news from the radio, and looked in the newspaper to see if it was true."

We called it “quicksilver,” but it was deadly mercury. Some kid would bring a tiny pool of mercury to school and pass it around so his friends could play with it.

Quicksilver looked and acted like molten solder, but it was cool in every sense of the word. It ran wild in the palm of your hand, and tried to escape from your desktop.

If kids took mercury to school today, the school would be closed and the hazmat team called out. News helicopters would hover over the school. Someone would complain that if prayer was still allowed in public schools, this sort of thing wouldn’t happen. With all due respect, I don’t remember much praying in school except my own silent, fervent prayers–for grades, for affection, for guidance. I think kids are still allowed to do that. One day I let a big gob of mercury get away from me. It had rolled around and gathered dirt, which gave it some body. It rolled out into the hallway at Flagstaff Junior High School. A civics teacher stepped on it and skidded into the principal, who was rounding a bend in the hall. The collision knocked the principal into a trophy case, and the tropy won by the freshman log-rolling team in 1942 bounced down a stairwell. The teacher could give no reason for his clumsiness. The evidence had rolled into a heating grille in the floor.

Guys played with other dangerous things–carbide, cherry bombs,blasting caps, dynamite, and cars. I don’t think I ever tried to build a Molotov cocktail, but I remember who Molotov was.

Many friends have sent nostalgic e-mails about how wholesome life was back in the years of Truman, Eisenhower and Chiquita Banana.

Mom was home to greet us, probably wearing an apron, when we got home from school. She got by without a microwave oven, and her dishwasher was us. We all sat down together at mealtimes. No one locked his house. If you got into trouble at school, the punishment at home was twice as severe.

These strings of nostalgic facts bring back a time that was sweet and simple by comparison with today’s absurd world. They remind me of a youth marred only by terminal, adolescent self-consciousness. I don’t argue with the nostalgic lists, but they leave out some things. Those were mannerly times, compared to today–no talk radio, no Dr. Phil, no CNN hungry to fill an excess of air time. A lot of things got swept under the rug–bigotry, spousal abuse, child abuse, incest.

Everyone remembers that the guy at the gas station washed your windshield and checked your oil and water for free. That was if you had cash to buy gasoline, or ran a tab, because only Diners Club had issued a credit card by the time I graduated from high school.

For a time, I worked overnight in a gas station at the junction of two U.S. highways. I washed the bugs off the windshields of travelers, and checked their oil and water. We did not give green stamps, but some of the other stations in town did.

Black people were allowed to buy gasoline, but they could not sleep in most motels or eat in most restaurants. They carried their food with them. I remember a sad-eyed black minister from LA who paid for his gasoline with small change from a canvas bag, maybe his take from the collection plate. A bucket–a real bucket–of fried chicken sat on the back seat.

Many of us had been taught at home that the notion of one race being superior to another was wrong. We went to segregated grade schools, but the high school in Flagstaff was integrated. We had friends who were black, Hispanic, Native American, Asian. One-on-one, we were okay.

But like our parents, we went along and got along with the racial segregation that prevailed in America. We sat quietly and watched black bus passengers being shooed from the cafes on Santa Fe Avenue.

AIDS did not yet exist, but polio still threatened all of us. Open-heart surgery was unheard-of; there were no stents. Joint replacement had not yet been invented.

Each house had one telephone, wired to the wall, and no answering machine. Calls went through an operator. Few people could resist a ringing phone.

Needless to say, there were no computers, or cell phones with cameras, which may not have been all bad. A Xerox copying machine was a rare treasure; we got along with Mimeograph and gelatin Ditto machines. There were no zip codes or area codes; it cost three cents to mail a letter, a penny for a postcard.

About the time I was working my way through the eighth grade, the minimum wage was raised from 50 cents an hour to 75. I don’t think there was a single TV set in Flagstaff when I left there. We got our news from the radio, and looked in the newspaper to see if it was true. Music came mostly from AM radio and 78 rpm records. The only relationship between the 78 and the CD is that both are circular. I never did figure out why the music didn’t go faster when it neared the end– like a roll of toilet paper–like life itself. We lived under the threat of atomic war, and literally under the cloud of radiation from the nuclear test sites in southern Nevada. No one trusted automatic transmissions, or anything built in Japan. Cars did not have seat belts. The dimmer switch was on the floor, where it belonged, convenient to your left foot. America made cars called Hudson, Studebaker, Desoto, Packard. “Foreign cars” were British sports cars and the early imported Volkswagens.

Interstate 40 was a gleam in President Eisenhower’s eye. Flagstaff was on two-lane U.S. Route 66, known as “The Main Street of America,” also called “Bloody Sixty-six.” It seemed like half of America traveled that narrow, potholed highway through Flagstaff in summer.

When tow trucks brought in the mangled wreckage of a car in which several people had died, we went to ogle the wreck. It was far more convincing than the scare movies shown in driver education classes. Cars did not have air conditioning, and the heaters were not too reliable. Summertime drivers suffered “tourist elbow,” a sunburned left arm which rested on the sill of an open car window. Cars did not have electric turn signals, but you could buy a kit to put them on your car. That way, you wouldn’t have to open the window and stick your left arm out on a cold, wintery day to signal for a turn. My friend Dyslexic Rex put turn signals on his car, but he wired them backwards. We decided we wouldn’t tell him–we’d just wait and see what happened. Rex’s driving was as confusing as that of the town drunk, who couldn’t remember how to signal with his left arm. (Flagstaff had several civic-minded drunks, but some walked home from the bars; in a town of 5,000, it wasn’t a long walk.)

Fortunately, Rex got caught before he maimed anyone. He signaled for a right turn, then turned left in front of the only cop on duty at 11:45 p.m. He got off with a warning. Rex was driving a 1948 Mercury with dual pipes, lowering blocks and moon hubcaps that shone like quicksilver under the lights at Dairy Queen. Cool.

Rate this item
(0 votes)
Last modified on Sunday, 18 April 2021 10:26
Published in Conversations
Tags
« Journal of Prevarication: A Lie is a Fable What Can I Do on the Social Security Website? »