Movie Review: Those Who Wish Me Dead Featured 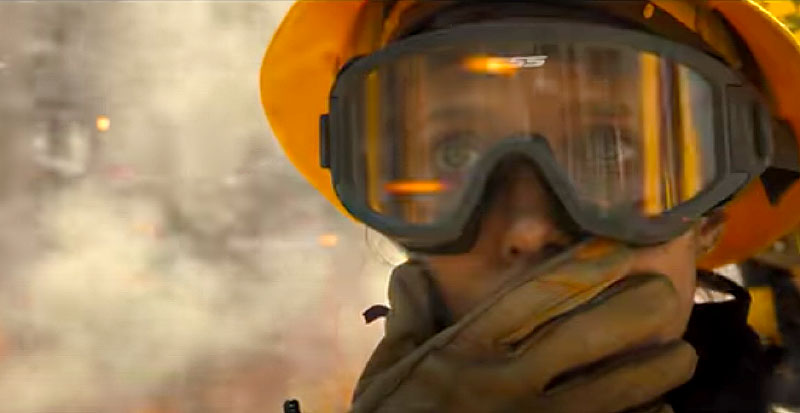 A damaged, disgraced forest ranger comes to the aid of a boy fleeing from assassins.

Riveting action scenes, emotional pulls. What's not to like?

Writer/director Taylor Sheridan snagged an Oscar nomination for writing the script for “Hell or High Water.” He knows how to write riveting action scenes. He also wrote the script for “Wind River,” another modern western that got very good reviews. And he writes for the current and successful TV show “Yellowstone.” But this is only his second time out directing a feature film and the first one with such a powerful star.

Angelina Jolie is a powerful star. An Oscar winner for “Girl, Interrupted” she has over sixty screen and TV roles. Her performances have scanned the wide range from “Kung Fu Panda” voice work to playing Grendel's mom in “Beowulf” to her famous title character in “Laura Croft Tomb Raider.” Not all of her films have been hits but many have.

One of my favorite actors, Englishman Nicolas Hoult, also plays. Young as he is, he has had a successful career already. As a child, he played the boy in the charming if difficult “About a Boy” with Hugh Grant. He has played in the X-men films and in the wonderfully romantic Zombie flick “Warm Bodies” which shows us a love more powerful than mere physical death.

In “Those Who Wish Me Dead” Jolie plays a disgraced, damaged forest ranger and firefighter who comes to the aid of a boy fleeing from assassins.

Enjoy this three sawblade movie and try not to overthink it.

“Those Who Wish Me Dead” runs a good one hour and forty minutes. It has a strong R rating for violence and language. It is about the murder of a child, so be warned.