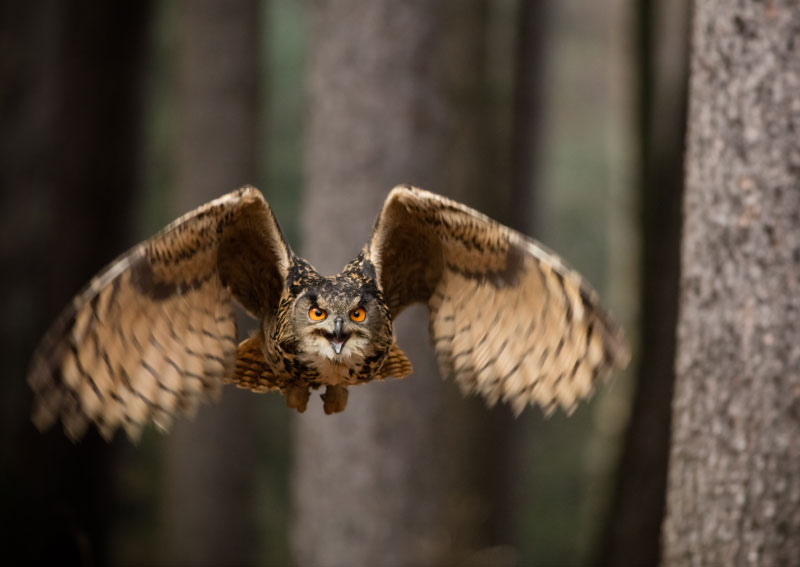 How to prevent the owls from eating my dog?

The owl sat on a power line and glared at me.

We are about to launch the world’s first supersonic owl. I hope he enjoys living in Nevada.

Long-time readers of the Journal will remember that we used to have a miniature schnauzer named Willie. He was admissions director for the Wickenburg Institute for Factual Diversity, and my faithful sidekick for a dozen years.

Willie died of cancer in 2002. After a respectful year and a half without a dog, we bought a miniature schnauzer pup, a real sweetheart. Paid about $30 an ounce for him.

He is of champion stock. His AKC name is North Pine Dick Wick Hall, in memory of one of my heroes, the late Dick Wick Hall. Hall was founder of Salome, and a world-class yarn spinner.

We call our pup Fibber for short. You know the old saying: “Let sleeping dogs lie.”

But owls and hawks are also out there, looking for food. We had been warned to watch for hawks in the daytime, and owls at night. They carry off small pets, and Fibber is very small.

A few days after he came here to live, he was outside, managing the back yard. I was in and out, washing windows that open onto the patio. It was midday.

Miss Ellie was in the kitchen, talking on the phone, when she screamed. A great horned owl was swooping in to pick off Fibber. It’s a good thing the Arcadia door was open when I went through it.

I scooped up the pup. The huge owl sat on a power line and glowered at me. Until that moment, I had not understood why Navajo people consider the sighting of an owl to be bad luck.

With heart pounding and stomach churning, my mind returned briefly to the days when we kept guns handy to settle disputes with predators. I got over it when I had a vision of me missing the owl and blowing up the power lead to our house, not to mention getting arrested for shooting a firearm in the town limits.

Suddenly, we’re seeing a lot of large birds we hadn’t noticed before. They perch in trees and atop power poles, and they seem to be keeping our yard under surveillance.

It’s against state and federal laws, and my principles, to damage an owl. However, it is not illegal to give an owl a ride, if he wants one.

We searched toy stores all over the Phoenix metropolitan area to find the toy dogs–27 furry, battery-powered puppies.

You know the kind. When you turn them on, they walk a few steps, stop, rise up on their haunches, and go “Yap! Yap! Yap!” Then they lower their front paws and walk until it’s time to yap again.

The cute little mechanical puppies are very entertaining, for about 12 seconds. We think they look real enough that they might fool an owl. There are tan dogs, brown dogs, white dogs, black dogs and one purple pup.

I’ve been marching them around the back yard, practicing trolling for owls. When they wander offstage, out of sight of the birds, Miss Ellie helps change their batteries. We wear cammies, hoping the owls won’t notice us lurking in the shadows.

Think about it from the owl’s point of view. Here are 27 tasty morsels walking stiffly around our yard.

At any given moment, about a third of them are barking, which causes the neighbors’ dogs to bark. The barking is relayed from yard to yard, all over town, and as far west as Salome.

Miss Ellie and I wear ear protection. But owls have delicate ears. If the illusion of fresh food does not entice an owl, perhaps the yapping will cause him to attack in anger.

What the owls don’t know is that a model rocket motor is strategically placed in the body of each little electric dog.

Each rocket is armed with an ignition device that works off the dog’s AA batteries. When the dog reaches 14 feet above the ground, the rocket fires.(Adjusting for the altitude was tricky, which is why we now have only 27 dogs, rather than the original 30. Two crashed into our block wall, and one was last seen heading toward LAX.)

I have a hunch that when the rocket goes off, an owl who has his talons sunk into the furry hide of a toy dog is going to have a hard time disembarking. In fact, I’m counting on it.

Here comes an owl now, and he looks hungry. I hope his journey is a real hoot.