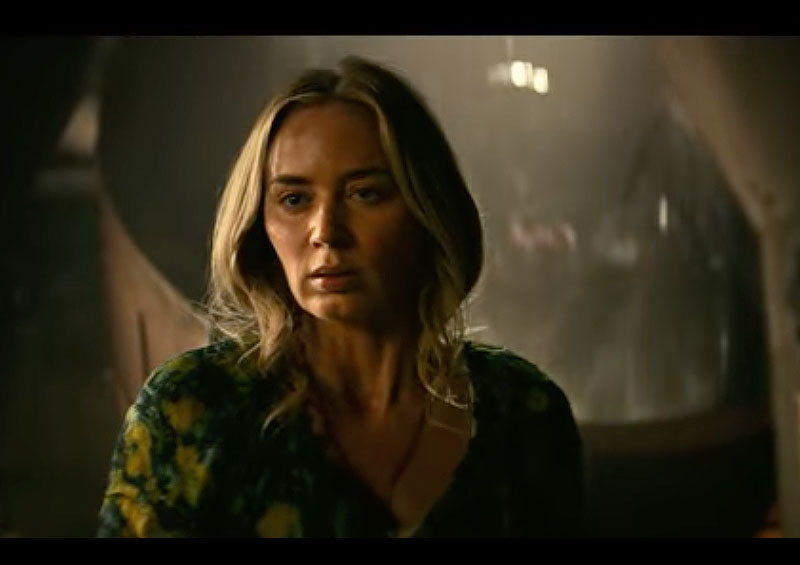 Sometimes we just like to go into a dark place (like a theater), hold hands and get the jeebers scared out of us. Well folks, “The Quiet Place II” is just the movie for us. When people want to be scared, Hollywood will supply the thrills. The original “A Quiet Place” brought in $340 million. A sequel could not be denied.

The story is pretty darn scary. Some space aliens swoop down to Earth and kill everybody they can find. The trick is not to hide from them, they can't see. The trick to surviving is not to make any noise. The aliens are aural hunters. And if one of them gets you, it is 'Good Night Irene.' These aliens make it very hard on humans. I don't know if we will make it or not.

John Krasinski wrote, directed, produced, and appears in this sequel to his original film. He wisely brings back other cast members, Emily Blunt (his wife) and Cillian Murphy. The child actors, Millicent Simmonds and Noah Jupe return as the children, their roles in the first movie. Directing child actors always presents unique emblems but here, Director John Krasinski gets outstanding performances from both the kids. In fact, his overall directing can't be faulted.

Major snaps to cinematographer Polly Morgan. When a film team takes the pains to make every shot a work of art, you reach into the realm of superior filmmaking. Morgan, Krasinski and the actors all reached for perfection in this film. If they did not get there, they tried their very capable best.

I liked this film for what it is, a nicely crafted scary film that leans on suspense rather than gore to please the audience. I also admire the impeccable professionalism with which every aspect of the film is treated.

My film buddy noticed that the suspense and music that aided the suspense reminded him of “Jaws.” Point noted. He did not notice that a pizza place has the name 'Brody's Pizza.' The sheriff in “Jaws” was named Brody. Small movie world, no? Or Krasinski did that to let us know of his inspiration.

“A Quiet Place II” runs for a horror flick average of one hour and thirty-seven minutes. In spite of the nature of the story, some might be surprised that it carries a mild PG-13 rating. This is a lot more than just a horror flick with some jump scares. I think this four sawblade movie has interesting characters who find themselves in a unique situation and who have to find a way to work through it successfully. That sort of careful thinking makes for good movies, scary movies, or any other kind.