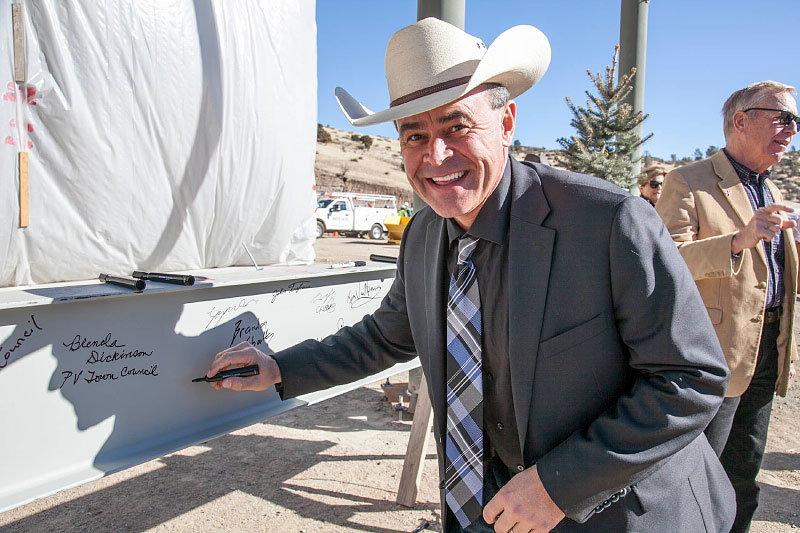 Sheriff David Rhodes adds his signature to the final beam.

The Grand Opening is expected to be held in October

The new Yavapai County Justice Center, being built on Prescott Lakes Parkway, celebrated a milestone yesterday.  The Topping Out event took place from 11:00 AM to just after noon and was attended by many of the local City and Town Council Members as well as Mayors and three of the Yavapai County Board of Supervisors.  Chair Mary Mallory began the proceedings with a few words about how important this new Justice Center will be for the community and then Supervisor Craig Brown, Sheriff David Rhodes spoke and Bryan Amarel, Hensel Phelps Operations Manager for this job concluded the remarks. 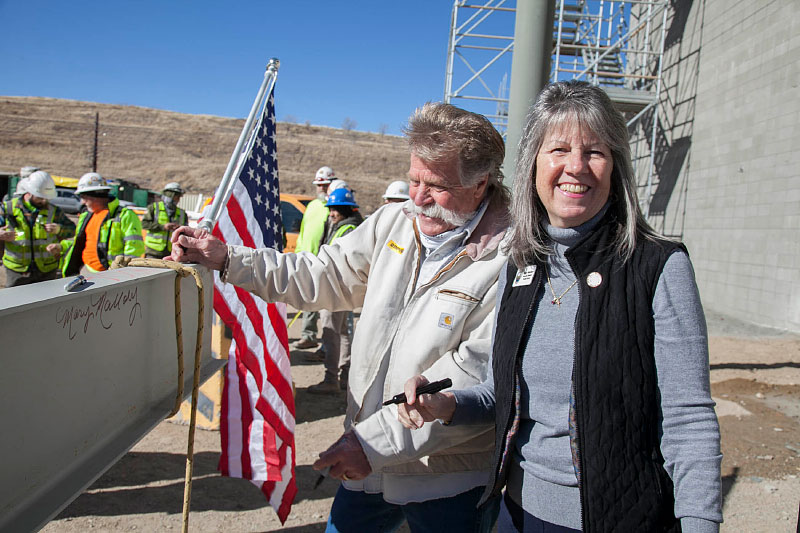 Everyone signed the final beam to be added to the building and then after a group photo it was lifted into place.

Construction on the Justice Center is estimated to be complete in October of this year when we will have the Grand Opening and ribbon cutting for the facility. 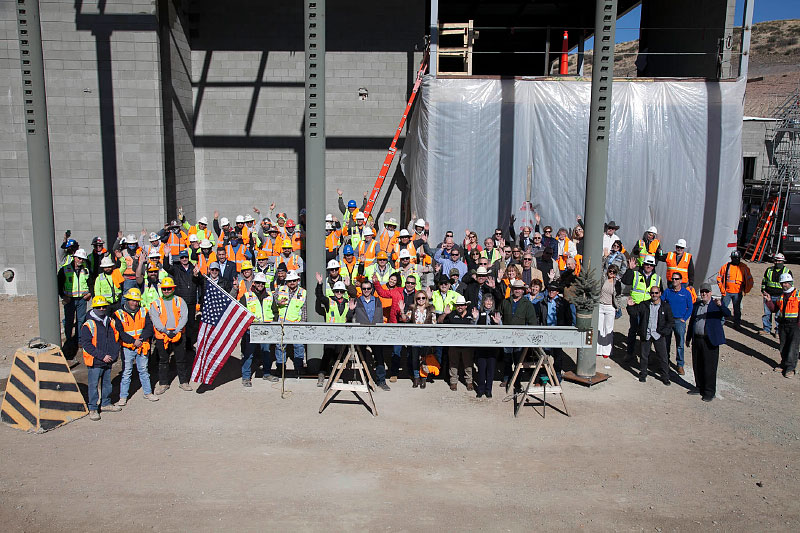