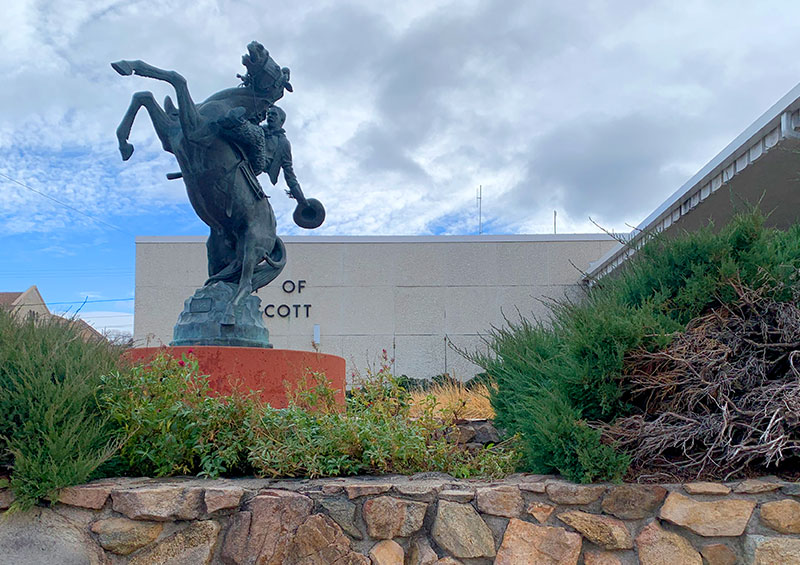 Council to review the top plans in October

Prescott, Arizona (September 15, 2022) --On Tuesday October 18 at 1 p.m., Prescott City Council will hold a special meeting to review the top two bidders for potential redevelopment of the current Prescott City Hall site. At the meeting, they will review a staff presentation, then select the winning bid.

The two finalists are> Stroh Architecture and Silo Holdings. Mr. Doug Stroh is a noted local architect, and Silo Holdings are the developers of the downtown Hilton Garden Inn hotel, which opened in 2020.

“Staff will make the presentation to Council, with an emphasis on adhering to the original RFP,” said Deputy City Manager Tyler Goodman.  “This is because the initial designs proposals may change somewhat, but the original goal for an impactful mixed-use project at a very important downtown corner, will remain.”   The proposed projects both include a mixed-use concept, featuring a hotel, restaurant, retail stores and long-term rental units.

Once the winning bid is selected, staff will begin developing a sales agreement for the property.   When the sales agreement is drafted, the full proposal, including renderings and design elements, will go before the Historic Preservation Commission for review and public comment on at least one occasion. The sales agreement and final project design will ultimately come before the City Council for consideration.

The City Request for Proposal (RFP) process opened in November of 2021.  When bids closed on May 26th, 2022, there were four companies providing five different bids.

Since May, the Mayor’s Ad Hoc Facility Optimization and Property Usage Commission held a series of executive sessions, followed by three City Council executive sessions to review the bid presentations and select the two finalists.

To review the RFP document, you can visit www.prescott-az.gov and search “bids in review” or click on the City Hall Redevelopment tile on the homepage.