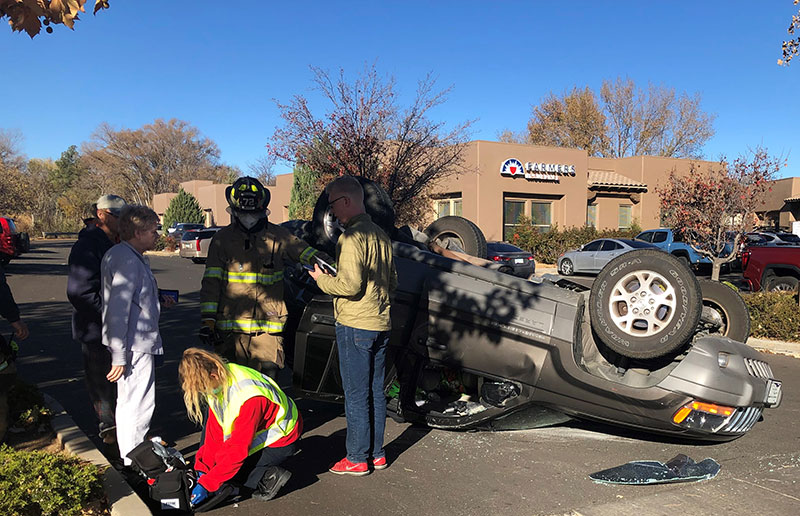 An accident on Montezuma redirected into the center left turn lane for approximately one hour.

On Monday November 16, 2020 at approximately 8am a two vehicle collision occurred on Montezuma Street just south of Merritt Avenue which resulted in one vehicle rolling onto its roof. 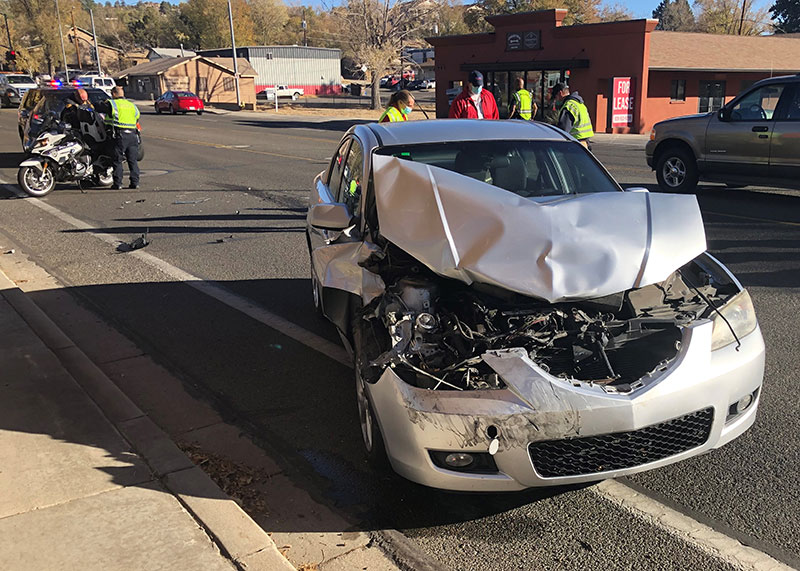 Officers arrived on the scene to find a Brown 2000 Jeep Grand Cherokee on its rooftop and the driver, a sixty-five year old female resident of Prescott, suspended by her seatbelt in the driver’s seat.  Officers were able to safely remove her from the vehicle and discovered that she had only minor injuries.  The other vehicle involved was a 2008 Silver Mazda passenger vehicle driven by an eighteen year old male resident of Prescott, it sustained moderate damage to the front bumper and hood.  The driver was not injured.

Based on the statements from the driver’s and the evidence on scene it was determined that both vehicles were traveling southbound on Montezuma Street in the lane closest to the curb when the Jeep slowed to make a right hand turn into a parking lot and the driver of the Mazda failed to control his motor vehicle and collided with the passenger side rear quarter panel of the Jeep causing it to roll onto the roof of the vehicle.

Southbound lanes were closed and traffic was directed into the center left turn lane for approximately one hour while officers were on scene.  The driver of the Mazda was issued a civil citation related to the cause of the crash.