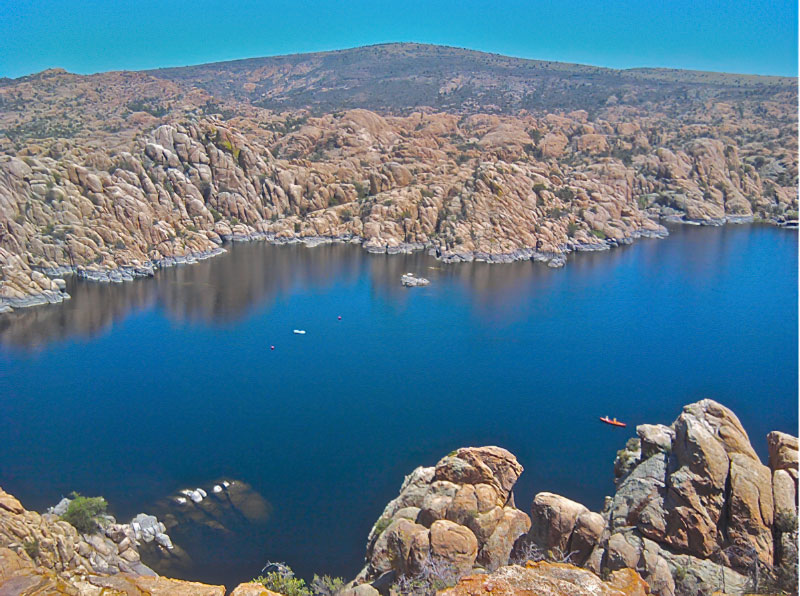 A 69-year-old hiker was unable to be resuscitated

At about 4 PM on Saturday, June 5th, Prescott Regional Communication Center received a 911 call regarding a person in distress on the Watson Circle Trail just north of the Watson Lake dam in Prescott. The patient was a 69-year-old male who was apparently hiking alone and asked a passerby for assistance. Both people went a little further down the trail when the patient sat down in the shade and became unconscious. Within a short period of time, no pulse was detected and the passerby initiated CPR with the patient. Two Prescott engine crews, including Prescott‘s technical rescue station, made contact with the patient in about 20 minutes and followed standard resuscitation procedures which ultimately proved unsuccessful. Both engine companies, along with YCSO’s backcountry team and Prescott Police Department, worked to extricate the patient out of the Watson Lake trail system. The last units to clear the incident were released about 3 1/2 hours after the initial 911 call.

The patient appeared prepared for the hike with plenty of water but the afternoon high today reached 90°.  The next several days have forecasted temperatures in the mid 80s and it is very important, when hiking, to expect the unexpected. Bring more water than you think you would need, a charged cell phone, clothes appropriate for the situation and snacks, if needed. If you do find yourself out of water or needing assistance, calling 911 is your best bet. It is also vitally important that once we make a determination of your exact location, you stay put in that area so the fire department personnel can make it easier contact with you.