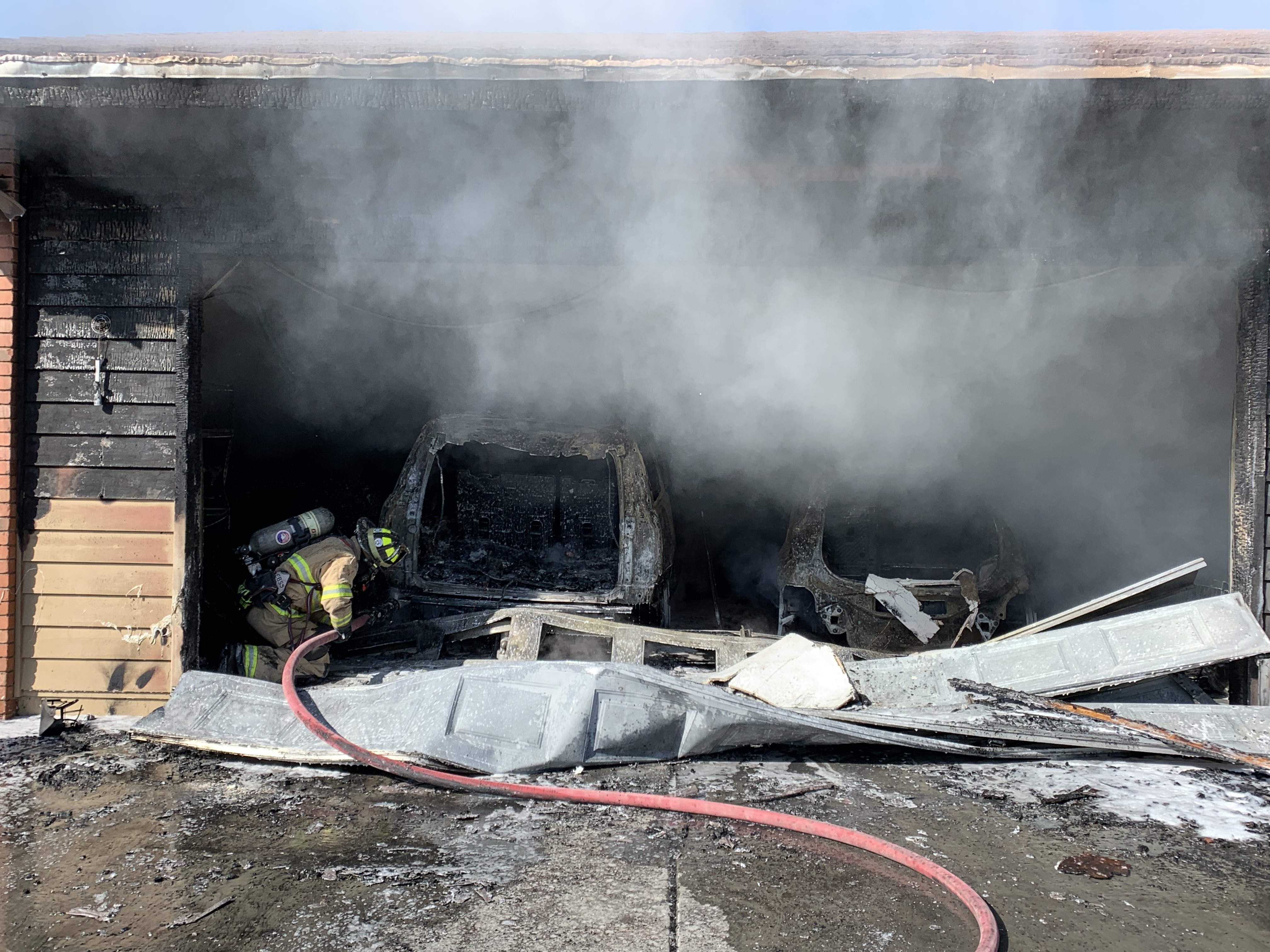 All residents were able to exit the home safely

At about 8:05 AM on Monday, June 14th, Prescott Regional Communications Center received multiple calls reported what sounded like an explosion and subsequent fire from a garage in the 3100 Block of Angus Dr.  4 Engines from Prescott Fire Department (PFD) and Central Arizona Fire and Medical Authority (CAFMA), a Battalion Chief, and an Ambulance from Life Line were dispatched to the scene. The initial arriving engine company called a working structure fire while enroute due to a large column of smoke showing. 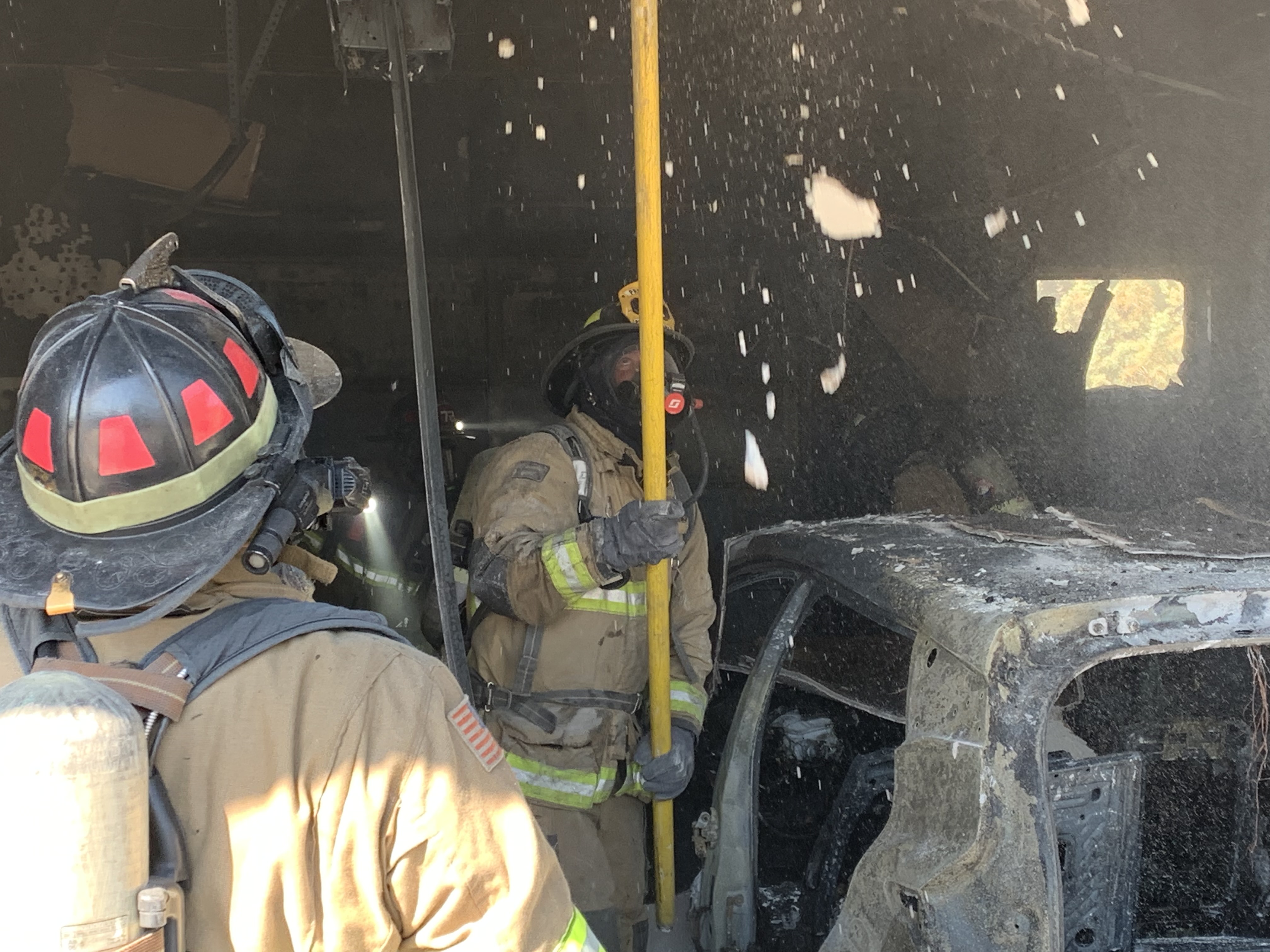 The first arriving Engine Company found the attached garage fully involved with 2 cars also on fire in the garage.  Crews made a quick attack on the fire and had it knocked down within 10 minutes. The fire was stopped before it had a chance to extend into the house. Crews remained on scene for approximately 3 hours fully extinguishing the fire. All occupants were able to exit safely prior to fire department arrival, and once the main residence was cleared of smoke and the air quality confirmed safe, the residents were able to gather their belongings out of the house.

The cause of the fire is currently under investigation by CAFMA Fire Investigators. 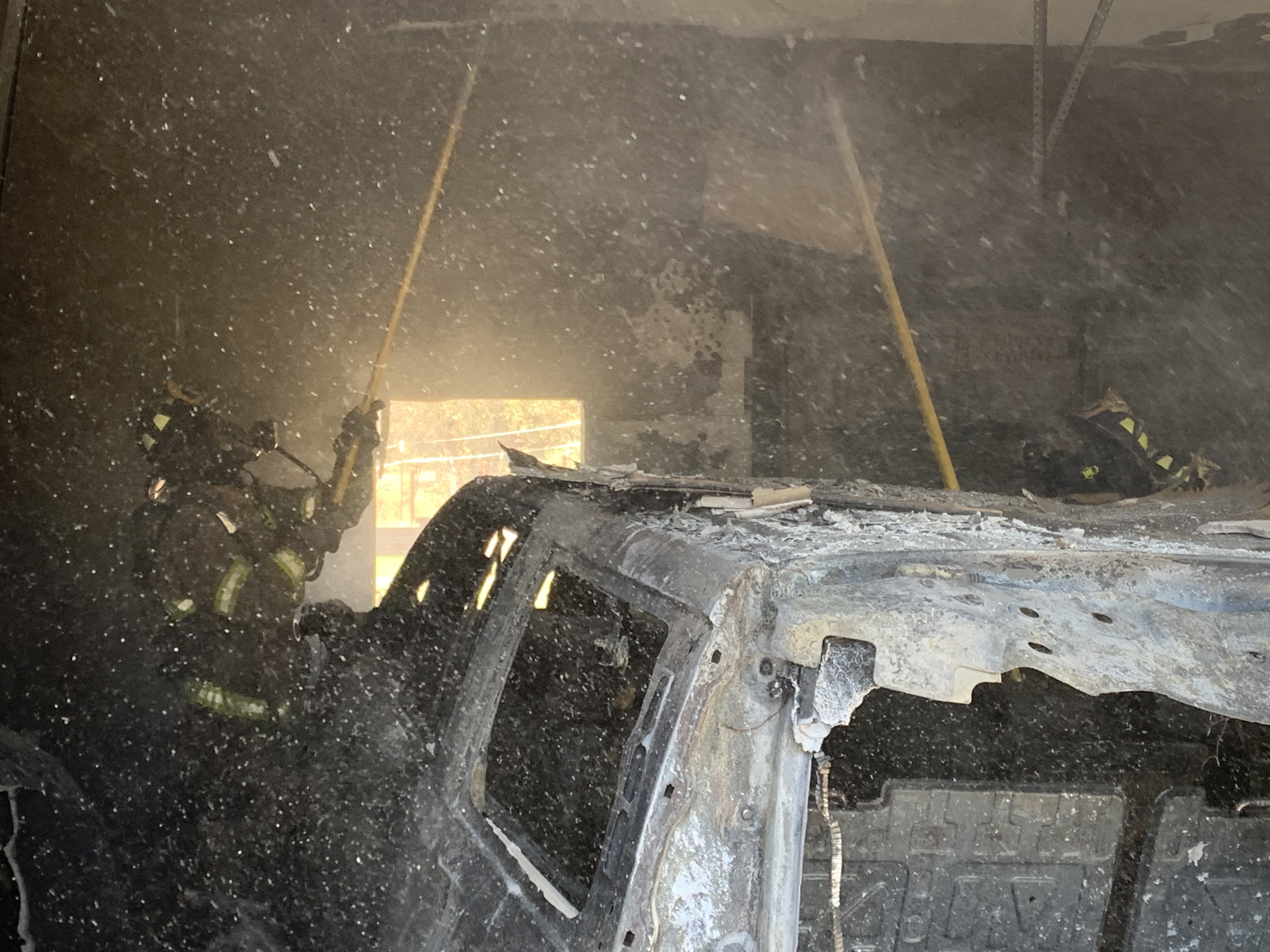