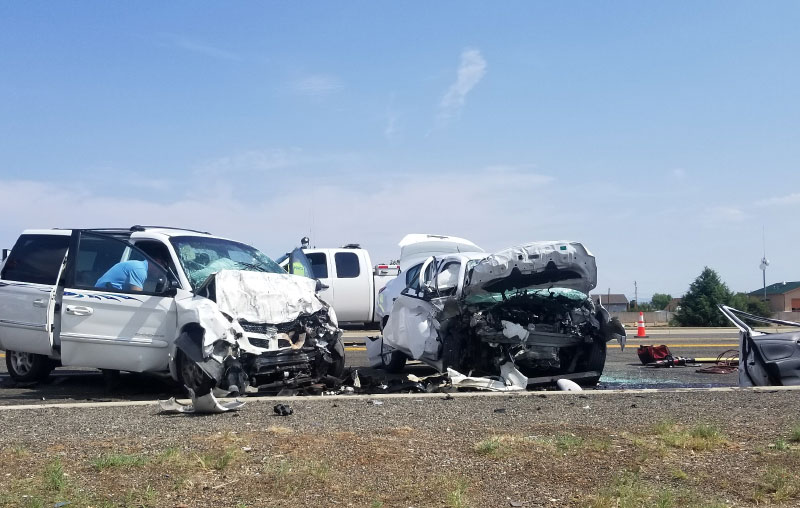 The sedan hit a minivan

No passengers in either vehicle

On Wednesday, July 21, 2021, at approximately 9:00 AM, the Prescott Valley Police Department responded to an accident with injuries near the intersection of East State Route 69 and North Valley View Drive.

A white sedan travelling westbound, driven by a 61-year-old female Prescott Valley resident, crossed the center line and struck a minivan driven by a male Prescott resident, 62.  Preliminary investigation indicates that the female may have suffered a medical incident just prior to the collision. Both drivers died at the scene. There were no passengers in either vehicle.

ADOT crews responded to re-route through the eastbound lane during the on-scene investigation.   Both east and westbound lanes were clear by 12:20 PM

The names of the victims have not been released, pending notification of the next of kin. The investigation is active and ongoing.