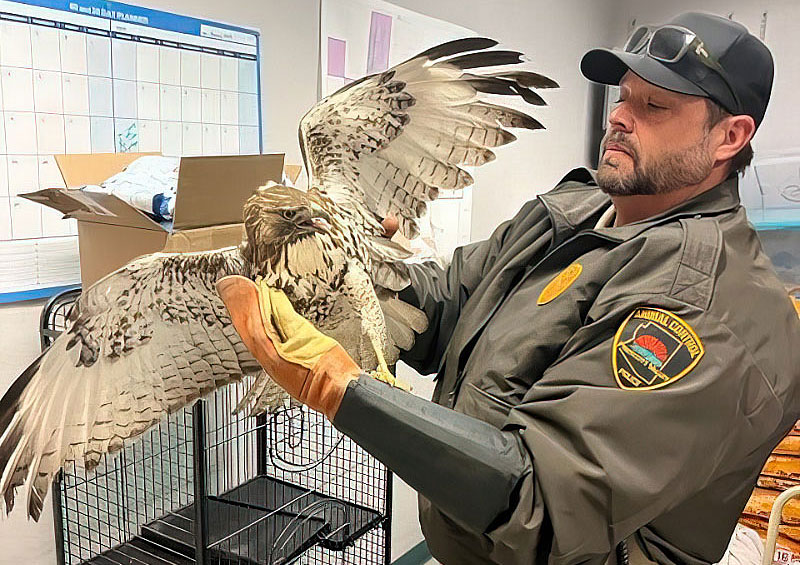 This hawk is fortunate to be in such good hands

On Wednesday, January 19, 2022, Prescott Valley Animal Control was alerted to an injured red-tailed  hawk on the side of the road in the 6100 block of N. Cattletrack Drive in Prescott Valley.  Animal Control Supervisor, T. Yogerst, retrieved the juvenile hawk and brought it to the Heritage Park Zoological Sanctuary where it was later transferred to Prescott Animal Hospital for treatment. The bird appears to have head and leg injuries and is still being evaluated.

Red-tailed hawks are a bird of prey common throughout most of North America. They belong to the Buteo genus and are often called chickenhawks. Their wingspan is approximately 4 feet in adults and females outweigh their male counterparts by 25%. They have excellent vision and see in color. They often perch on top of telephone poles, light posts, or trees to better detect their prey. Red-tailed hawks may live up to 15 years. 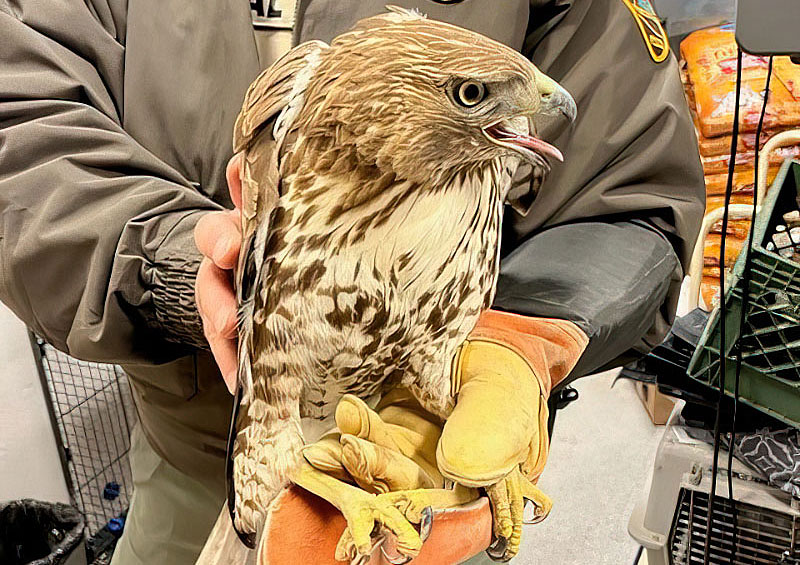