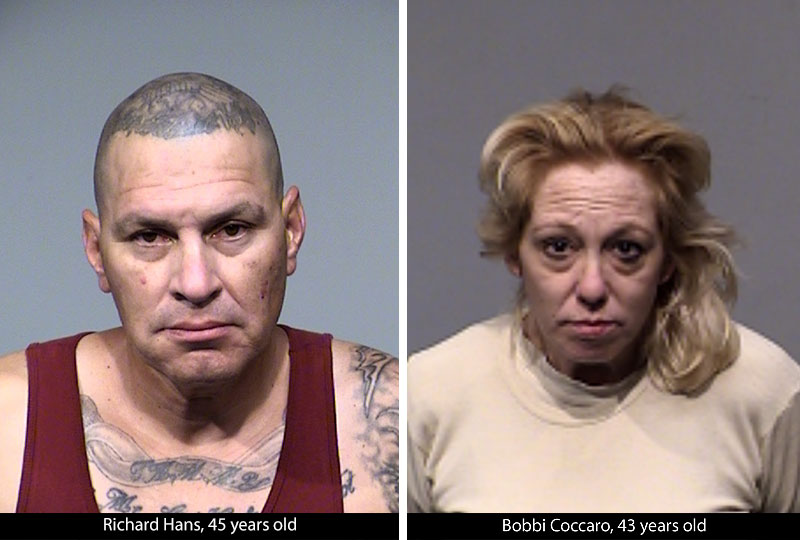 Two people in Mayer were arrested

Detectives with the Prescott Valley Police Department’s Drug Enforcement Unit served a search warrant in Mayer on Friday, March 4, 2022, with the assistance of the Yavapai County Sheriff’s Office SWAT team.  The warrant was the result of an investigation into a domestic violence incident and strangulation case, as well as an ongoing drug investigation.

Multiple tips led to the identification of Richard Hans (45-year-old male from Mayer) and Bobbi Coccaro (43-year-old female from Mayer). Both were reported to be using and dealing in dangerous drugs. Richard also had a felony warrant out of California.

Detectives located 3.569 ounces of methamphetamines, 1.3 grams of psilocybin mushrooms, 2.3 grams of brown heroin, and 289 blue M30 fentanyl pills, and over $5,000. Richard and Bobbi were arrested and charged with several felony charges to include drugs, weapons misconduct, and assault.

The Prescott Valley Police would like to remind everyone of the dangers of drugs and the importance of educating our children.