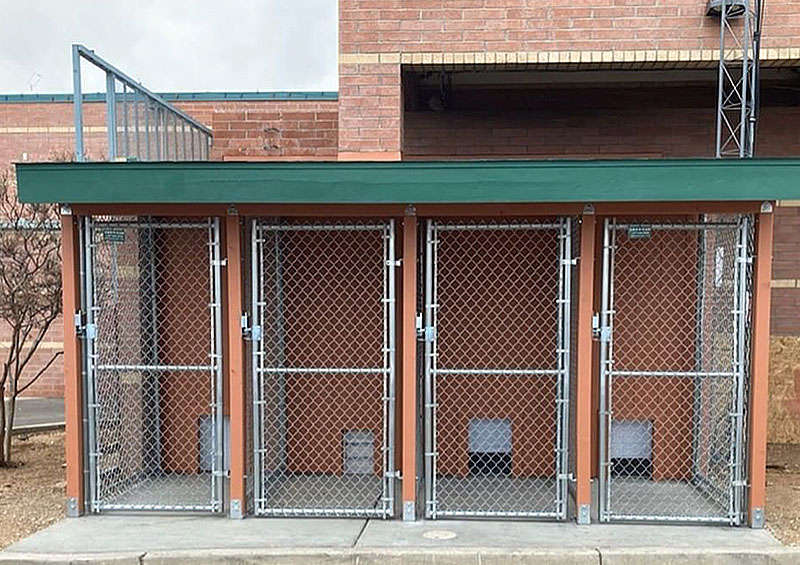 If you have lost your dog, check the PVPD FB page for its “mug-shot"

Prescott Valley Police Department Animal Control has a new temporary holding facility to assist owners with recovery of their lost dogs. Prescott Valley Animal Control Officers (ACOs) can temporarily house lost dogs, in lieu of immediately taking them to the Yavapai Humane Society, due to the new facility having climate control and space for up to eight dogs.

Animal Control also photographs its lost and found dogs and shares the photos on the Prescott Valley Police Facebook page. This has helped many dog owners recover their 4-legged friends and keeps the stray dog population down at the Humane Society. In addition, this frees up ACOs to patrol and handle other animal issues in our community.

In February 2022, ACOs picked up 54 stray/lost dogs and returned 50 to their owners. The four remaining dogs went to the Humane Society where two were owner surrenders (the owner gave them up), one went back to his owner, and one was adopted out by the Humane Society.