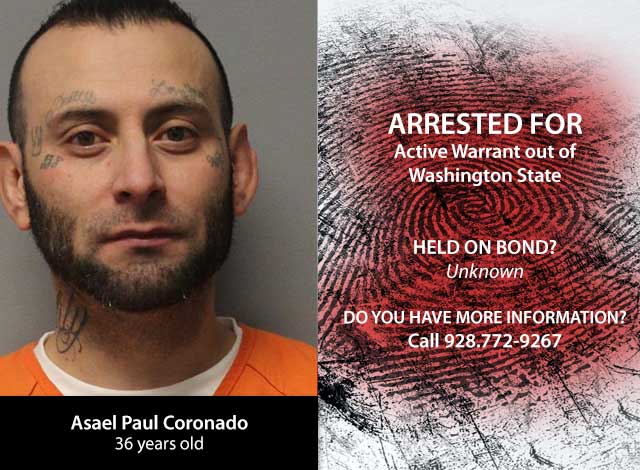 After a tip, Prescott Valley Police found that there was an escapee with a felony warrant from Washington.

On Tuesday, August 11, 2020 Prescott Valley Police Dispatch received an anonymous call concerning a person who was wanted in the State of Washington for a felony escape. Following up on the call, police patrol personnel verified that there was a valid warrant out of Washington for Prescott Valley resident 36-year-old Asael Paul Coronado. At approximately 9:00AM, police personnel contacted Coronado at his residence and placed him under arrest for the warrant. He was transported to Yavapai County Detention Center in Verde Valley.

The Prescott Valley Police Department encourages citizens to contact law enforcement whenever they have information of criminal activity or suspicious circumstances. Callers may remain anonymous. A safe community is everyone’s responsibility. If you see something, say something.