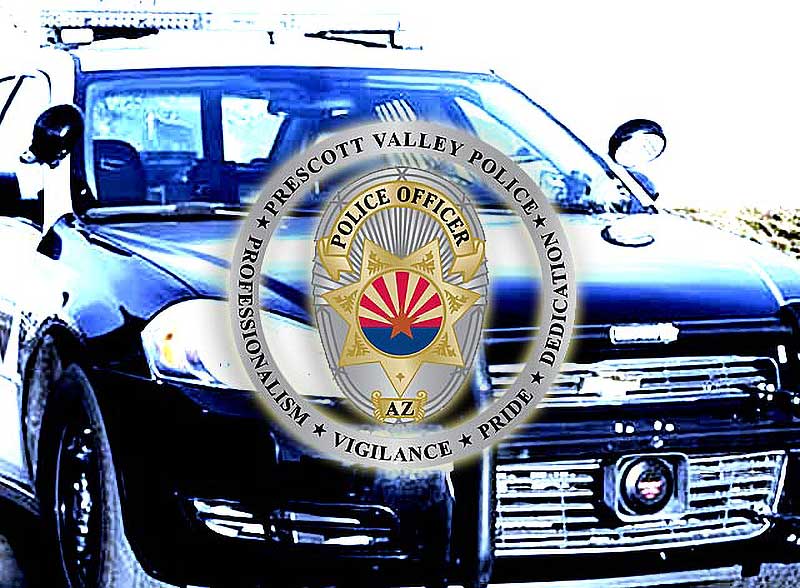 Prescott Valley Officers attempted to stop the man who had been running in the traffic lanes.

On Tuesday, September 22, 2020, at 4:45 AM, Prescott Valley Police Officers were notified of a shirtless male dancing in the intersection of N. Navajo Drive and E. Superstition Drive in Prescott Valley.

Prescott Valley Officers attempted to stop the man who had been running in the traffic lanes of E. State Route 69 where he had been observed chasing after a vehicle. Officers located the male who began running southbound on N. Navajo Drive then continued northbound in the lanes of traffic.  As the officer drove near the male he stated, “I need to make it to the end of the road for my family.” The officer believed the male was in an altered state of mind. The male then ran in front of the moving patrol car causing the officer to brake to avoid striking him. The officer then drove past the male and blocked the roadway with his patrol vehicle.  The officer exited the vehicle, instructed the male to “relax” as he (the patrol officer) was “here to help” him. The male ran towards the officer and struck him in the right ear with a closed left fist causing pain and injury to the officer. The officer unholstered his Taser at that time.

By this time, other officers had arrived to assist and provided verbal orders for the male to lay on the ground. The male complied and was placed into custody.  Officers did not deploy their Tasers upon the suspect due to his compliance. Upon being handcuffed, a two-inch fixed blade knife wrapped in fabric was recovered which had been in the suspect’s hand.

The injured officer was advised his ear was bleeding at which time Central Arizona Fire and Medical (CAFMA) was called to evaluate the officer’s injuries.  The officer experienced small lacerations to his right ear which were not able to be sutured.  The officer was treated by CAFMA personnel on scene.

The suspect, Adam Lee James Ellis, was transported to Yavapai County Jail and charged with Aggravated Assault upon an Officer, a class 4 Felony. He was also charged with Obstruction of a Highway/Public Thoroughfare, a class 3 Misdemeanor.