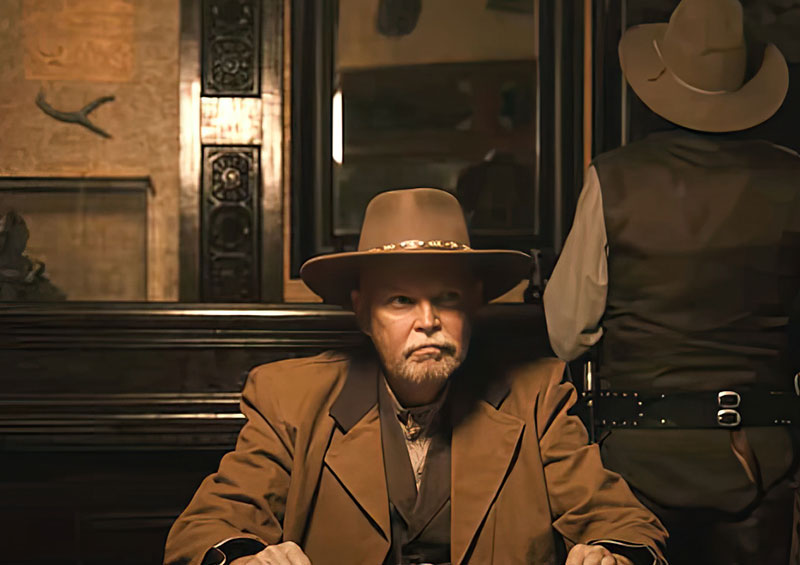 This movie was made by an Arizona filmmaker - Travis Mills

Movie makers created several movies about the famous Lincoln County War in New Mexico.  With Billy the Kid as a personality, the fracas caught on with the public.  I have often thought that our local catastrophe, "The Pleasant Valley War," got short shrift.  After all, our war lasted longer and killed more people, a lot more people.  Publicity counts.

But finally, we have our bloodletting on film.

Arizona filmmaker Travis Mills set out to make twelve full-length movies in the twelve months of 2021.  "The Pleasant Valley War" is one of his twelve films.  I don't think any other filmmaker has made such a bold and successful series of films in such a short period.

People in our area will know some of the details of the murderous, decade-long rampage.  We will remember the Hashknife cowboys, a bad lot from Texas.  There are the Tewksburys and the Grahams, rival families that decimated each other.  We have rustlers, sheepherders, cattlemen, lawmen, and outlaws.  The identities of some of the victims we do not know.  Some of the slain men simply came to the attention of a murderer by happenstance.  Others were stalked and killed.  Some died in a tragic case of mistaken identity.  Killers shot from ambush or gathered into gangs and hung some victims extra-legally.

Writer, director, and actor Travis Mills brings all of the confusing tangles of the story to the big screen for the first time.  He uses the techniques of a documentarian and a traditional western action film with actors creating scenes to tell the story.  We will see an actor explaining some aspects of the war, alternating with a live-action scene.  I think he did a credible job of story-telling.

The actors besides Travis Mills include John Marrs, Payson resident Kevin Gross, and John Schile.  Mr. Schile attended the viewing that I saw.  That is a kick to see an actor on the screen and then to see him in the flesh in the audience.

This ultra-low-budget film gets a strong two sawblades.  People in our area should take the time to see it for educational purposes.  How often do we get to see a bit of our history on screen?

Travis Mills shot "The Pleasant Vally War" in an astonishing nine days.  All up, his budget for the film amounted to some $5,000.  Like a bicycle riding bear, it isn't that the bear rides well.  It is enough that he rides at all.

Low budget or not, the film took six different awards at various film festivals.  That means something.