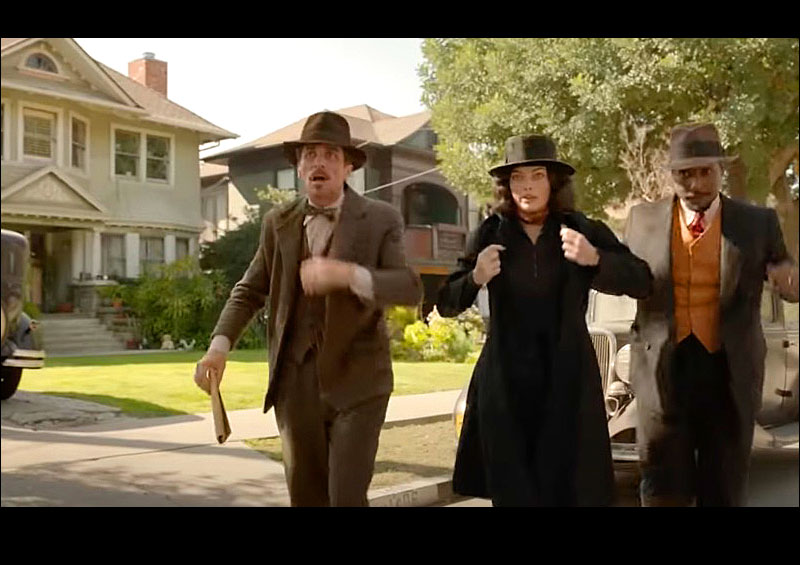 We get to watch a big, full-blown, big-budget murder mystery on the screen every year or two. It is a genre that I enjoy, and when they are done well, films like "Murder on the Nile" or the recent "Knives Out" please the public and make money for the producers. Producers have to live, too, just like anyone else. We once referred to these films as 'drawing room mysteries,' even if they took place on a train.

"Amsterdam" certainly qualifies as a big, full-blown movie in all respects. It has a cast stuffed full of famous actors, including several of my favorites. The suspects in the murder case, set in New York in the 1930s, include Christian Bale, Margot Robbie, and John David Washington (son of Denzel). Anya Taylor-Joy, Taylor Swift, Mike Myers, and Michael Shannon appear. Shannon played in the aforementioned "Knives Out." Chris Rock, Tymothy Olyphant, Rami Malek, Ed Begley Jr., Zoe Saldana, and even Robert De Niro all have parts. You will want to see this movie just to count the stars.

The story has three people, all veterans of World War One, accused of murdering Taylor Swift, the daughter of a US Senator (Ed Begley Jr.).

Where the movie makers go haywire is in the follow-through. They had a perfectly good murder mystery but gummed it up at the end by throwing in Nazis, eugenics, and a cabal of industrialists seeking to emulate the National Socialists. The previously established framework of the story just cannot hold all these threads together. The eugenics part of the story would be worthy of an entire film on its own merits. Ditto the idea of sinister forces trying to take over the USA. Those forces certainly were real. Sinister forces took over most of the countries in Europe in this period and might have done so here. But that story needs a whole movie to tell, not just the short rump it gets here.

Christian Bale has the plum role and makes the most of it. Robbie, Washington, and Taylor-Joy also bring out their best. The mass of the rest of the famous cast do their jobs, and often we do not identify a celebrity because of makeup or from only seeing them in a long-distance shot.

I would pay to watch it again, not for the story-which did not sweep me away-but for the quality of the acting, which did enthrall and delight me.

Famous director David O. Russell ramrodded this ambitious picture. Russell also wrote and produced this film. Russell has several Oscar nominations for "The Fighter," "Silver Linings Playbook," and "American Hustle." His first film as a director was the notorious "Spanking the Monkey." This extra-long movie, two hours and fourteen minutes comes to us with an extra hefty $80 million budget. This R-rated mystery has enough stars in it to start two new movie studios but garners only an average three sawblade rating.

Rate this item
(0 votes)
Last modified on Monday, 31 October 2022 05:09
Published in Reviews
« Movie Review: Where the Crawdads Sing
back to top