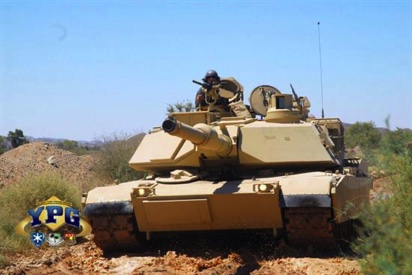 Representative Gosar sends out an update to his voters.

On July 21st, the House passed the annual National Defense Authorization Act. This bill sets the policies for our national defense to protect our homeland against attacks and support the troops. Unfortunately, House Democrats muddied the waters with politically charged and irrelevant policies, such as red flag gun laws, burdensome green initiatives, immigration loopholes for the Chinese Communist Party, and undermining the President’s authority to defend our border and communities from criminals. Congress passed one of my key amendments that compels the Department of Defense to end our reliance on China for rare earth minerals. This law is important in ensuring our military is self-sufficient and not reliant on materials from hostile nations. I ultimately voted no on the entire package due to its attacks on the Constitution, and weakness in defending against China. President Trump's administration also issued a Statement of Administrative Policy reiterating similar concerns. I do support the eventual passage of a National Defense bill, however, I will only do so once these irresponsible policies are stripped.

This week, the Department of Housing and Urban Development (HUD) terminated the Obama-era Affirmatively Furthering Fair Housing (AFFH) rule. Discriminating against Americans in housing has long been illegal, but in 2015 President Obama issued the AFFH rule as an extension of the Fair Housing Act. Since housing discrimination was illegal, Obama used executive overreach to fulfill a social engineering experiment by making federal money based on fulfilling utopian demographic data. This process grew the size of the Federal government and expended a large amount of American taxpayer money to meet bureaucratic reporting requirements. Since 2015 I have introduced legislation and amendments to end this program and its funding. President Trump’s termination of this socialist rule is a major victory and shows that President Trump understands that local officials, not unelected bureaucrats, know what is best for local zoning requirements and can enforce them in a way which honors the free market, our federalism style of government, and ensures all Americans have the right to life, liberty, and property free from discrimination.

Trump, Ben Carson Are 'Tearing Down' An Obama-Era Housing Rule Accused Of Funneling Money Into Wealthy Areas - The Daily Caller

This week, I spoke on the House floor in opposition to the so-called “Great American Outdoors Act”, which would permanently authorize $900 million in land buying each year. Arizonans know that the Federal Government cannot take care of the land it already has and in fact, it already owns too much of our land. This legislation is fiscally irresponsible. For example, it funds the national parks maintenance backlog from energy development, yet oil revenues are plummeting. It also allows these maintenance projects to use foreign-made products. I introduced an amendment to ensure materials came from American companies and labor, but my colleagues did not take it up. The bill does not adequately address tribes and rural communities, and my amendment to provide health and educational assistance in response to COVID-19 to the tribes was rejected. The massive land buying incentive is permanent, meaning it will escape Congressional oversight and hurt our state in the long run. This bill is nothing more than the swamp at its finest and serves as a special interest wish list rather than a well thought out solution to properly address important issues.

I offered amendments to the Interior section of H.R. 7608, the first appropriations minibus. The first amendment protected a Trump Administration Executive Order aimed at speeding up the environmental review process for infrastructure projects. The environmental review process for infrastructure projects often takes a decade or more, which causes many projects to be canceled, taking away economic opportunities from the American people. Another one of my amendments protects a Trump Administration executive order aimed at creating a reliable domestic critical mineral supply chain. We are reliant on China for 20 critical minerals that go into making everything from medical supplies to cell phones. Continuing to rely on China for these minerals when we can produce them safely here at home does not make sense. Unfortunately, House Democrats rejected both amendments.

Defending America and our Police

America is an amazing nation. I am proud to be American, your representative, and will continue to defend our nation from all enemies, foreign and domestic. Our brave law enforcement is under attack from the mob. I stand with our police and will continue to defend law enforcement from dangerous Democrat proposals to defund, and unjustly blame, the police.

Click here for information from the CDC on how to protect yourself and others.

Click here for information from the CDC on what to do if you are sick.

On Thursday, the Center for Disease Control and Prevention released new resources and tools to support opening schools.

The Department of Health and Human Services is working on the production of a Covid-19 bedside antibody test that is made entirely in the U.S. Additionally, President Trump is currently drafting an Executive Order to require certain essential drugs and medical treatments to be made in the U.S. According to the Food and Drug Administration, 80% of the active ingredients in drug production comes from outside the U.S. There is a significant concern regarding contamination of medications made in overseas factories that do not have the same quality standards as the U.S. Many medications are made in Chinese factories. I will continue to work with President Trump to ensure the prioritization of America first.

I have been leading the effort to suspend all payroll taxes for the rest of 2020. Additionally, I have been building support for local aid, empowering parents with the option to send their kids to school or to receive equivalent education funding, additions to the Paycheck Protection Program, infrastructure funding, the repeal of the special exemption that the health insurance industry has from the application of antitrust laws, tax deductions for testing and PPE, tying any additional stimulus to the U.S. Census (which will also ensure that illegal aliens do not receive any funds), and stringent oversight to ensure that relief funds are not being abused.