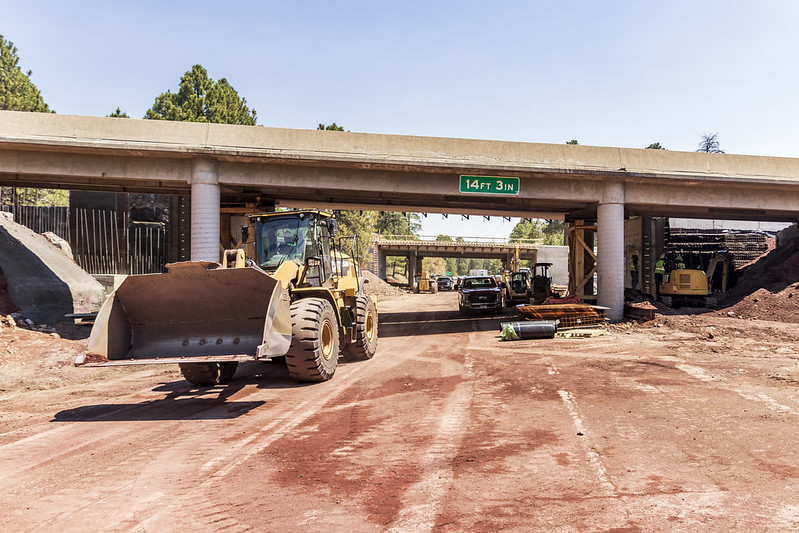 Traffic shift marks the next phase of replacing the bridges

Beware of road construction in Flagstaff this summer.

FLAGSTAFF – Progress on replacing the Interstate 40 bridges over Business 40 in west Flagstaff has reached a milestone as reconstruction of the inside lanes on each bridge is complete.

Since the project’s start in March, drivers have been using the right lanes in each direction to pass through the work zone. Now, drivers on I-40 eastbound have been shifted to the left lanes so crews can begin the next phase of reconstructing the outside lanes. The traffic shift for westbound will occur Thursday night.

ADOT anticipates completing the second half of the I-40 bridges this fall before the project goes into hiatus for the winter. Two lanes will be open in each direction during the hiatus.

The project, which is approximately 3 miles west of the junction with Interstate 17, will replace the east- and westbound bridges on I-40 in their entirety. These bridges pass over Business 40, which connects the interstate to Historic Route 66 in west Flagstaff.

This project is part of the $275 million investment ADOT has made over the last five years to improve bridges and pavement along the 360-mile Interstate 40 corridor.

Over the last few years, ADOT has replaced or rehabilitated a few I-40 bridges in the Flagstaff area, including the I-40 bridges over Beulah Boulevard and over I-17 as well as the Fourth Street bridge in east Flagstaff.

For more information, visit azdot.gov/projects and click on the Northcentral District. 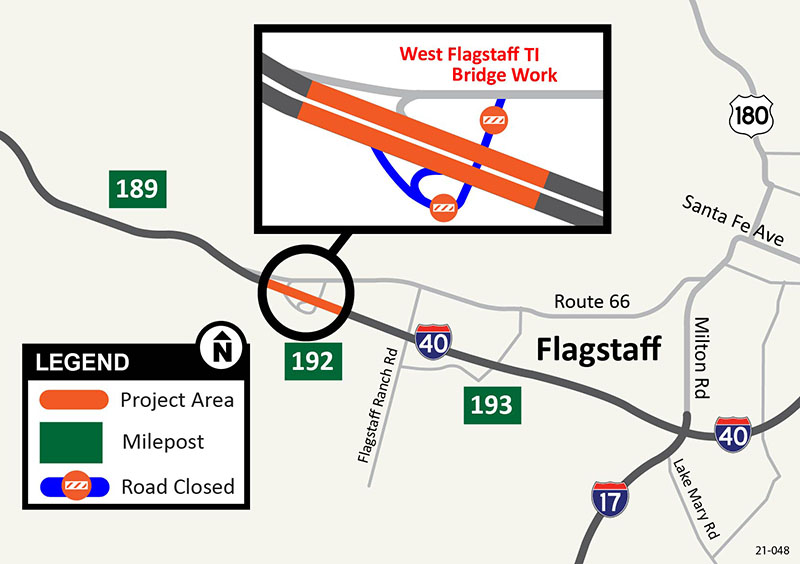 WINSLOW – Drivers should plan for a closure of Interstate 40 in both directions at the Leupp Road bridge, located about 50 miles east of Flagstaff, next week, according to the Arizona Department of Transportation.

While work continues to replace the bridge, drivers will need to use the on- and off-ramps at the Leupp Road exit to get around the closure from 3 a.m. Monday, Aug. 2, through 3 a.m. Wednesday, Aug. 4.

The bridge itself will be closed to traffic all week from 3 a.m. Monday, Aug. 2, through 6 p.m. Friday, Aug. 6. Drivers who use the bridge will have to use the next available exits to access I-40, either at Hipkoe Drive to the east or Meteor City Road to the west.

The project will replace the bridge deck on the Leupp Road Bridge, also known as SR 99, over I-40. The project is scheduled to be completed by the end of the year.

The bridge project is part of a $275 million investment ADOT has made to the I-40 corridor over the last five years. This includes improvements to 90 miles of roadway and 35 bridges.