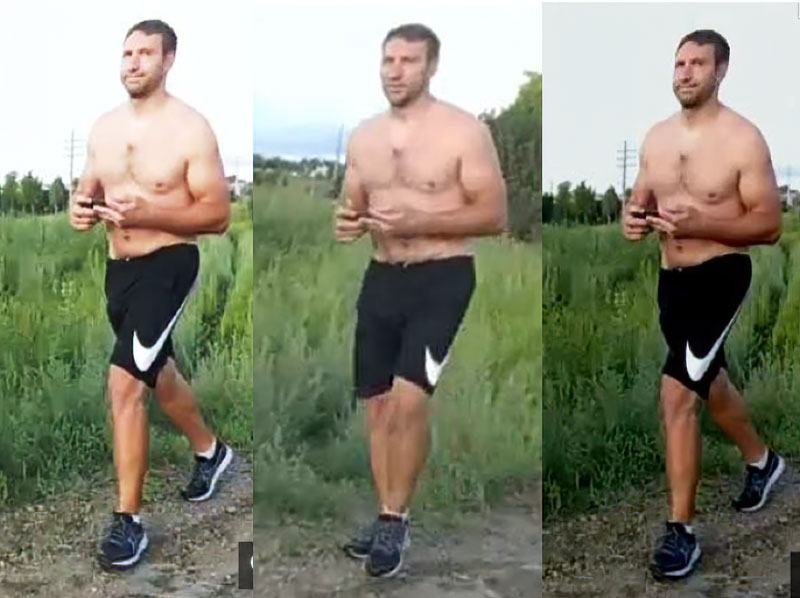 The Prescott Police Department has actively been investigating approximately seven different indecent exposure and public sexual indecency cases within the last six months along the Willow Lake Trail system (Willow Lake/Willow Creek Road). One of the reported incidents involved a minor child who witnessed an incident that rises to the level of felony charges.

A taskforce of Detectives and Community Services Officers from the Prescott Police Department have conducted extensive follow up and we have identified a potential person of interest in this case based on investigative work on the trails where this suspect has been observed.

On August 20, 2021 a subject engaged in the same behavior as earlier reported and fled on foot from the trail system near Willow Lake Road.  Surveillance footage captured an image of the suspect on the trail system and we need the public’s assistance in identifying the person in the picture below.  The male in the photographs matches the description provided by victims in the prior incidents.  He has been described as a white male, 5’-08” to 5’10”, in his mid-30’s, average build, short brown hair and possibly a short beard.

We are asking for help from our community to identify this subject so that we can stop him from victimizing someone else.  If you recognize the subject in the photographs we ask that you please contact Detective Jeremy Brazell at (928) 777-1988, Dispatch at (928) 445-3131, Yavapai Silent Witness at (800) 932-3232 or go on line to http://yavapaisw.com.  Yavapai Silent Witness is offering up to $500 for information leading to the arrest of this individual.  We don’t need your name but we do need your information.