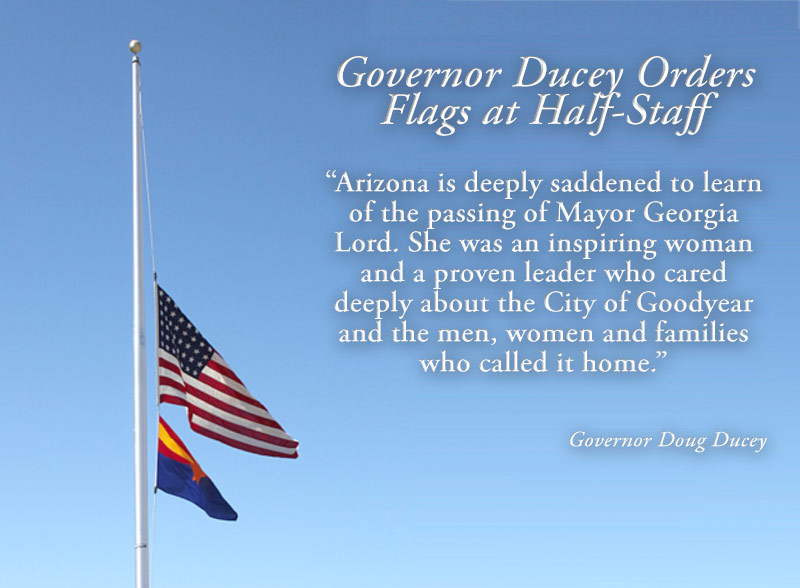 The Governor issued the following statement about Mayor Lord:

“Arizona is deeply saddened to learn of the passing of Mayor Georgia Lord. She was an inspiring woman and a proven leader who cared deeply about the City of Goodyear and the men, women and families who called it home.

“Under Mayor Lord, Goodyear was transformed into an economic juggernaut, attracting new businesses and residents. Her care and love for her city was apparent to all, and she was frequently honored by community organizations for her service and accomplishments.

“Mayor Lord was dedicated to the people of Goodyear and served them until the end. Her more than 15-year career in civic service is rooted in her city’s economic growth as she used her keen business sense to create opportunity for Goodyear’s citizens. As Goodyear’s first female mayor, her legacy as an incredibly passionate public servant will live on.

“I offer my deepest condolences and prayers to her family and loved ones. In her memory, I’ve ordered all state flags be lowered to half-staff.”